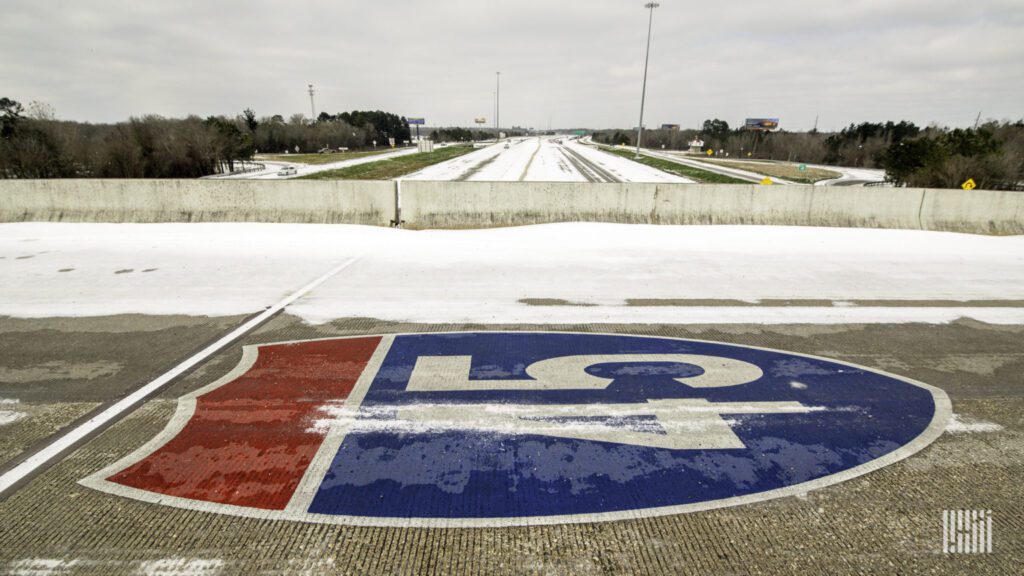 Icy roads can overpower even the most experienced drivers

It can happen in an instant — you’ve hit a patch of ice and lose control of your vehicle. As you instinctively press the brakes to no avail, the sudden loss of traction leaves you feeling helpless. Hopefully no one’s in your path as you careen down the highway.

Frigid weather can precipitate precarious situations like this on almost any road, as evidenced by last week’s ice storm that swept across the southern United States.

Freezing rain iced over highways across North Texas, spurring a series of fatal accidents that claimed the lives of nine people. One of those accidents is what firefighters are calling a “mass casualty incident,” as a 100-vehicle pileup on a Fort Worth freeway left six people dead and 36 people hospitalized.

It’s hard to prepare for such events, but the magnitude of these accidents can be mitigated.

Reliance Partners’ Director of Safety Brian Runnels encourages both commercial and noncommercial drivers to slow down and give themselves extra following distance when temperatures approach below freezing.

“There were plenty of cars and trucks involved in those accidents,” Runnels said. “If people in general would give themselves the time that they need and the distance that they need to stop, there would be a lot less vehicles involved.”

It should be noted that Runnels is not accusing any drivers in particular for the recent string of icy accidents. Rather, he suggests that these situations could be a lot less severe if all drivers take precautionary measures when conditions worsen.

“The problem is that everyone believes they’re the best driver out there, while everyone else is an idiot,” Runnels said. “It’s a situation where you’re only as safe as the worst driver on the road.”

The truth is that ice renders even the most experienced drivers powerless. You can throw the laws of physics out the window when the roads are slick.

Under ideal conditions, it takes 525 feet — nearly the length of two football fields — for a fully loaded, 80,000-pound semi-truck traveling 65 miles per hour to come to a complete stop. Comparably, under the same conditions and speed, a 3,000- to 4,000-pound passenger vehicle requires 316 feet to stop.

Remember, these are the best-case scenarios when conditions are good. A driver’s perception of hazards and subsequent reaction time is critical too. However, road conditions can deteriorate quickly; inattentive drivers have even less time to react.

Runnels states that the only way to bring your vehicle safely to a stop is to disengage the accelerator and resist jamming the brakes. It’s only after the vehicle begins to slow down that the brakes be gently applied to prevent a lockup.

A veteran driver himself, Runnels recalled a brush with ice while driving northbound on Interstate 25 through Trinidad, Colorado. Making his way downhill, he noticed that traffic was building up toward the bottom of the pass. He gently applied the brakes but they kept locking. The downhill struggle continued until Runnels regained traction by tailing the right-side trailer tires into the roadside gravel, then applying the brakes.

What’s notable about his experience was that he was able to recover because he approached the downhill terrain at considerably safe speeds of 10-15 mph. He asserts that he wouldn’t have been so lucky if he was pushing 40 or 50 mph instead.

Falling precipitation in the form of rain, snow and sleet are indicators of winter weather, but sometimes the signs aren’t as obvious. Runnels suggests keeping an eye on your vehicle’s outside temperature gauge for additional warning.

While water freezes at 32 degrees Fahrenheit, be on alert for icy conditions even slightly above those temperatures. The roads may still be slick even as temperatures begin to rise.

Black ice can form on any road surface and may appear invisible to speeding motorists. It’s common knowledge that bridges tend to freeze first, but Runnels urges drivers to also beware of ice below underpasses too.

“I’ve seen so many cars and trucks spin off into the ditch immediately after passing under an overpass,” Runnels said, asserting that drivers often forget that the areas below bridges can freeze just as fast.

It’s imperative for all drivers to do their part in keeping the roads safe. At the onset of worsening conditions, Runnels encourages commercial truck drivers especially to put extra space between themselves and the vehicle in front them. The combination of ice, speed and a heavy payload coupled with the inhibiting lag time of air brakes means that semi-trucks must cover an exorbitant amount of distance to lose momentum.

For speeds under 40 mph, the Federal Motor Carrier Safety Administration (FMCSA) recommends that drivers calculate their following distance by leaving one second for every 10 feet of vehicle length. For commercial vehicles, this results in around four seconds between you and the vehicle in front of you. Speeds over 40 mph require an additional second. However, FMCSA encourages drivers to double their following distance in adverse conditions.

“When you’re on the freeway, especially when the weather’s bad, are drivers traveling putting any additional distance between each other? The answer is no,” Runnels said. “I hear so many people say, ‘I can’t keep the distance and drivers will cut me off.’ While it’s true that drivers will cut in front of you, it’s your job to get that distance back and you have to be going at a speed that will allow you to make those adjustments, especially on ice.”