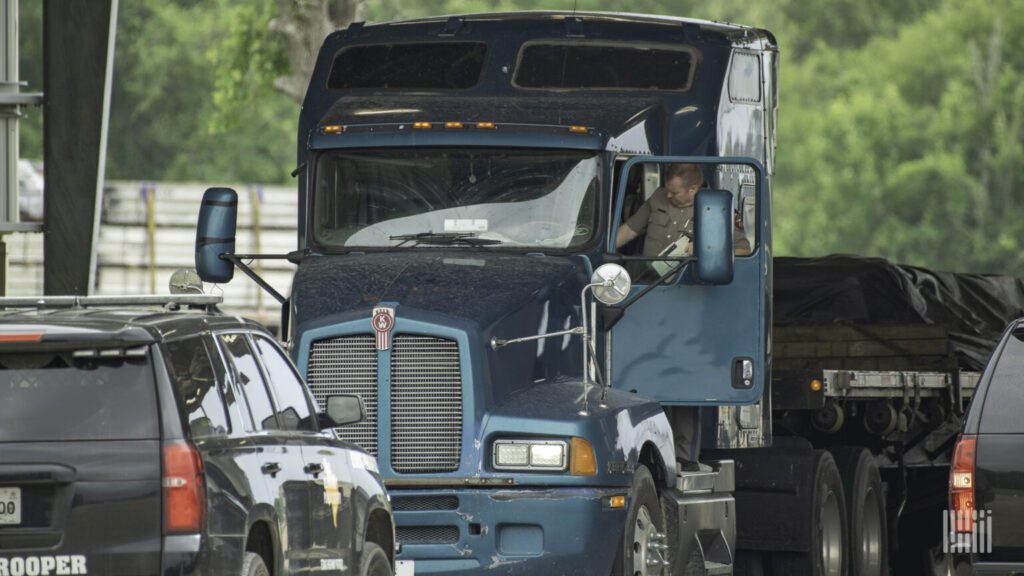 Most people don’t like to be told that they’re doing things wrong — but don’t want to be caught messing up either.

Constructive criticism is not always easy to hear, but just like applying hydrogen peroxide to a wound, the pain is for the best.

The same applies to risk management in trucking. Some may feel that admitting faults may hurt their trucking machismo. However, the willingness to hear recommendations and make improvements is one of the smartest traits any trucker or motor carrier can possess.

Taking advantage of your insurance’s risk management and safety consulting will steer your company clear of trouble down the road. Yes, flaws may be uncovered, but wouldn’t you rather a mock audit expose your nitty gritty than a federal inspector?

“If you’re intimately involved in the day-to-day operations of your company, you’re more likely to be unaware of the nuances that might be pitfalls,” said Robert Kaferle, Reliance Partners’ director of safety. “Bringing in a third party gives you a second or third set of eyes; it gives you a fresh perspective. Plus it gives you an opinion from somebody who has no stake in the game.”

Kaferle touched on Reliance Partners’ safety assessments, which include a thorough inspection of driver qualification files, motor carrier safety management system (SMS) scores, the integrity of its safety and maintenance programs, as well as the carrier’s accident history.

Reliance Partners’ risk services team works closely with motor carriers to identify potential gaps in regulation compliance and offers strategic guidance for corrective action. Failure to comply with regulations can leave your carrier’s reputation in ruins, which means understanding why inspections take place and what inspectors look for is extremely important for carriers striving for  prolonged success.

“Whereas consultants want to lower the risk after the premiums are in place, we as retail agents want to mitigate the risk prior to getting clients to the market, because that’ll help improve their premium position,” Kaferle said.

He, too, considers safety consulting a long-term investment, explaining that not only are carriers with better safety scores subject to fewer DOT audits or roadside inspections, but an impeccable record also goes a long way toward driving down insurance premiums.

Kaferle added that carriers tend to forget that the ultimate goal of a safety consultation is to improve motor carriers’ operations, not to punish the carriers. It should also be noted that detailed reviews can give carriers reassurance and recognition for what they’re doing right.

But Kaferle explained that far too many trucking companies are averse to constructive feedback for fear that it’ll risk premium increases. This is a misconception that he wants to dispel. He said that insurance providers love nothing more than to see their clients actively making improvements with a safety expert. Furthermore, it’s those that don’t take corrective action after receiving advice that generally see premiums increase, Kaferle said.

“It’s always better for a safety expert to do an evaluation of your program to uncover your deficiencies so that you can address them,” Kaferle said. “Heaven forbid you don’t undergo a review and you end up in a major DOT accident, somebody gets hurt, and you never took the proper steps to identify what your deficiencies were.”

But it’s up to each motor carrier to take the initiative in mitigating its risk. Kaferle said that success starts with preparation. Strategies must first be enacted within your safety, maintenance and operations programs to ensure day-to-day decisions will have a positive impact.

The next step is to take action. Each department must keep in line with its strategies to produce desired results. But the last and most crucial step is consistency. Kaferle explained that even the best strategies will fail if not taken seriously.

It’s often the case that smaller trucking companies lack adequate safety and maintenance departments. Kaferle reasons that it’s not because safety isn’t valued, but because there is a lack of resources, adding that frequently, small-time owners wear multiple hats in their day-to-day operations.

This is where partnering with a trusted insurance provider can be of great benefit to trucking companies of all sizes, especially for operations where money is tight.

“Most trucking company owners want to do the right thing; they want to be a safe carrier, and put safe drivers on the road. But I believe that many of these owners either aren’t familiar with the regulations or requirements or they don’t know how to find the resources to address their needs,” Kaferle said. “Bringing in a provider like Reliance Partners with a safety team is beneficial because you’re getting consultation without having to pay extra — it’s included in your premium.”