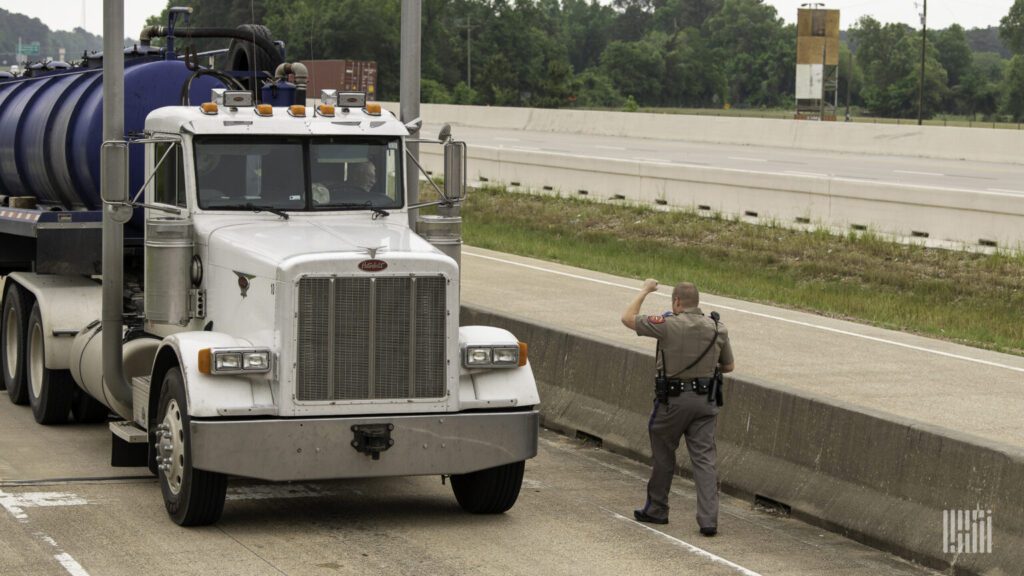 Inspectors will slam the brakes on out-of-service violations

Over the seven-day period, inspectors will conduct North American Standard Inspections of commercial motor vehicles with a focus on brake systems and components, removing any inspected vehicle found to have brake-related out-of-service violations. CVSA will then compile data collected on brake hoses and tubing, which are the areas of focus for this year’s inspection, and in turn, publish a report of its findings later this year.

Brian Runnels, Reliance Partners’ vice president of safety, anticipates violations to be a greater amount than in 2020. He reasons that COVID-19 took the punch out of last year’s Roadcheck enforcement as to why statistics may rise. However, Runnels also suggested that violations overall, compared to 2019, could possibly decrease, as carriers are switching to disc-style brakes, which are more reliable than drum-style brakes.

“I think it’s easy to say that violations will be up this year,” Runnels said. “Compared to 2020, I think they’ll be up, but I overall think they may be down a bit just because of the different style of equipment that’s being put on the road.”

Runnels urges drivers to take part in routine maintenance and to be especially diligent during pre- and post-trip inspections, keeping an eye out for worn or damaged brake drums, pads and shoes, slack adjusters, S-cams, hoses, as well as checking the functionality of the brake and taillights.

While drivers don’t exactly have the ability to adjust their self-adjusting brakes, Runnels suggests testing the air brakes, calling it a “forgotten art” as drivers aren’t asked to perform them as much.

Drivers can simply put something heavy like a brick on the brake pedal and watch the air gauge and listen for any escaping air with the brakes applied. Runnels also suggested checking for any air leakage around the tractor system by chocking the wheels, releasing the trailer brake, but keeping the tractor brakes engaged, and vice versa.

As for checking the adjustments of any kind, Runnels says it’s best a two-person job. After one person parks the truck on level ground, the other is to crawl under the power unit to mark where the push rods meet the brake canisters. It’s only when the brakes are applied that the push rods can be measured to see how far out they extend from the brake chamber.

“Those push rods will come out at varying distances depending on if it’s a short or long throw. That’s why you see so many adjustment violations,” Runnels said. But keep in mind that this can be a dangerous task and ultimately futile if you don’t know what to look for underneath the cab.

“They can get adjusted back down, but if there’s a bad break component such as a slack adjuster, it’ll go right back out of adjustment,” Runnels said. “And there’s really no way of knowing that unless you have that same trailer all the time. … That was the whole point of self-adjusting brakes — to eliminate that process.”

Runnels said that mechanics can’t fix what they don’t know is broken, adding that drivers should also ask when the last time the brakes were adjusted. “A lot of it relies on the driver to let the shops know they’ve got a problem, alerting them when their brakes don’t feel like they’re stopping like they should.”