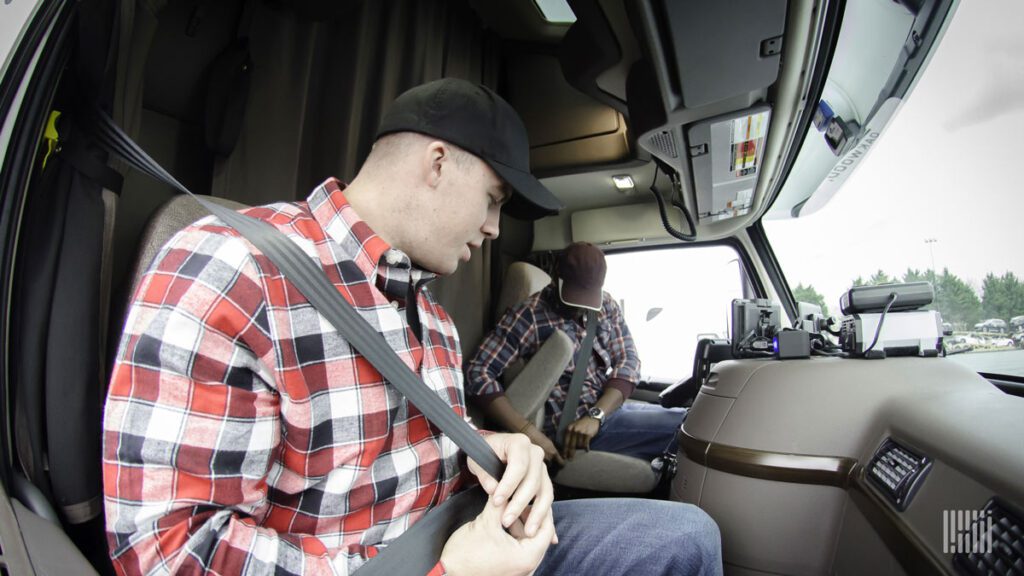 You sip your morning coffee preparing for another long day on the road when you get the call from dispatch, and what you hear upsets you.

It’s not the destination, the customer or the load itself that has you frustrated. It’s the internet video you hear in the background. That may seem insignificant, but it leaves the distinct impression that you aren’t the dispatcher’s top priority.

Any negative preconceptions you had about your company’s office staff have now been confirmed.

Reliance Partners Director of Safety Robert Kaferle says it’s not uncommon for drivers to feel as if they’re on unequal footing with their office colleagues.

“That’s the perception that drivers have, that they’re out there doing the hard work while people back at the office are drinking coffee and playing video games, anything but doing their work,” Kaferle said.

He explained how an associate of his had to remind a dispatcher not to use the individual’s personal phone while on the job after an upset driver wasn’t happy to hear the dispatcher watching what he imagined was a YouTube video in the background. Although it was a misunderstanding, it reinforced the driver’s suspicions that management wasn’t working as hard as the drivers.

Drivers, in turn, should realize the pressure that dispatchers are under at times, and how that, too, can create misconceptions.

Kaferle said drivers aren’t often familiar with the scope of their dispatchers’ work and sometimes forget how crowded their plate can get. “They’re not just dealing with one driver and one issue,” he said.

Kaferle reminisced about his time as a driver manager for a regional carrier where he oversaw 50 drivers. Besides taking care of the needs of each driver, there were other responsibilities from a customer service perspective that his fleet was unaware of, he said.

This included dealing with customers when things went awry, such as having to be the bearer of bad news when a load was late. “There’s definitely a challenge that drivers don’t necessarily see from an office perspective,” Kaferle said.

Another misconception that drivers have of office personnel is that they sit back and watch drivers all day through in-cab cameras. Not so, said Kaferle: “Most operations don’t have the time.”

Though many companies struggle with communication between dispatchers and drivers, Kaferle finds it peculiar that he doesn’t receive many inquiries on the subject. He said, “I don’t get a lot of questions, but I make a lot of recommendations.”

And what he recommends fleets do is to bring drivers and office staff together more often.

“I would have each dispatcher, if not each office employee, ride with a driver for a day so they can understand the complexities that the drivers go through,” he said, and having drivers sit in on a dispatcher’s day wouldn’t be a bad idea either.

Kaferle suggests that companies reach out to drivers individually, perhaps once or twice a month, to see how they’re doing. “The more interaction you can have with your drivers and with your fleet, the better off your company is going to be,” he said. “If you don’t talk with your drivers, you don’t know the challenges they’re facing, and conversely, they don’t understand what you’re doing internally to help them.”

He reminds fleets that pay alone is no longer adequate motivation to keep drivers on board. “This new generation is a little bit different,” he said. “There’s more than money that motivates a driver now.”

Kaferle said the winning formula for retaining drivers is simple: Pay a fair wage, provide routine maintenance and most importantly show them respect.

“It comes down to those three things,” he said. “Some carriers do an excellent job at retaining their drivers by excelling in all three categories, and you’ll see them flourish even through tough economic environments.”