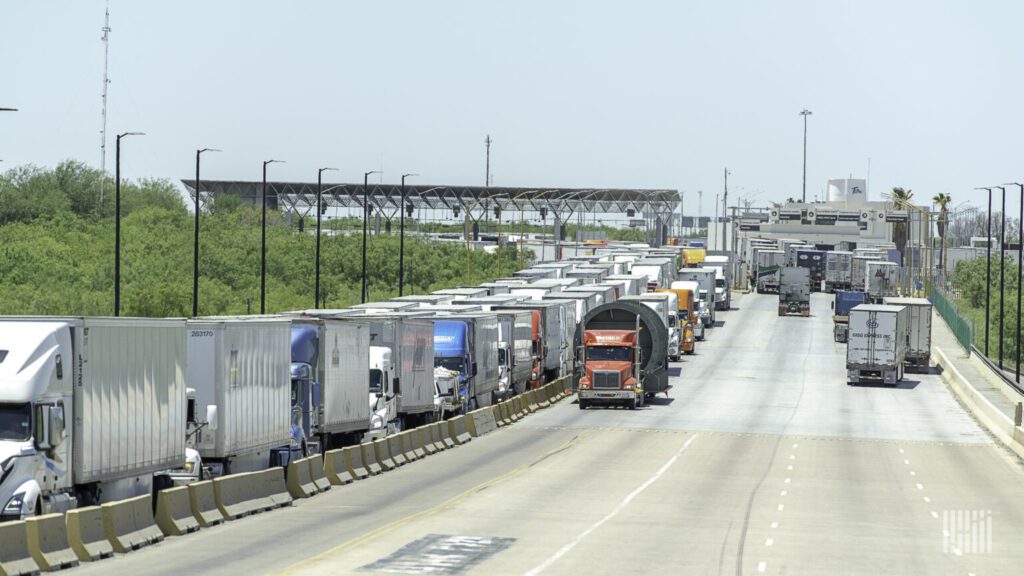 Today’s risk-averse transportation landscape inhibits profit maximization for many companies eager to gain an advantage. It only makes sense that shipping a high-value commodity would bring in more revenue, but the risks involved often scare away carriers and brokers from hauling these loads in places around the Mexican border, creating problems for all stakeholders in these regions.

Trucks overwhelmingly transport the majority of high-value commodities such as electronics, motorized vehicles, pharmaceuticals, gasoline and machinery; 47.6% of North American trans-border truck freight comprises computers and parts, electrical machinery, and vehicles and parts, making this estimated $29.1 billion worth of high-valued commodities a prime target for theft.

In addition to the threat of hijackings and other violent crime, gaps in insurance coverage have also deterred many logistics providers from tendering these loads. But the tides are turning in the favor of carriers and cargo owners.

“Over the past three years, Borderless Coverage powered by Reliance Partners’ freight broker and motor carrier clients have been yearning for an insurance solution that will allow them to continue offering competitive pricing while providing them all-risk insurance on higher-margin, high-value domestic and cross-border freight that they want the ability to move,” Vickers said. “The clear reason behind these requests are due to the higher-margin opportunities for brokers and carriers.”

A be-all-end-all solution for such commodities sounds too good to be true, but Borderless Coverage’s shipper’s interest program is just that.

Both domestic and international high-value shipments are great candidates for shipper’s interest cargo insurance, as coverage is broad and can be used for all commodities, even the most expensive shipments.

This relatively inexpensive coverage, which can be obtained on a per-load, project or annual basis, provides an unparalleled level of flexibility for the transportation industry, handling claims in both the U.S. and Mexico.

Typical insurance solutions in the Mexican marketplace pale in comparison to Reliance Partners’ solutions, as policyholders only pay up to $1,000 in deductibles compared to the $20,000 that many are subject to. In addition, limits are set at $1 million per shipment but can be raised up to $10 million with additional underwriting. Shipper’s interest also allows for shipments to be multimodal and for cargo involving several carriers to be transloaded at the border.

It goes without saying that there are safety concerns involved in hauling south of the border, but many are unaware of the other risks involved in cross-border commerce. Vickers told FreightWaves in a previous article that shippers are often under the impression that a carrier’s $100,000 cargo insurance policy extends across the border and that carriers will also be liable under Mexican law for lost or damaged cargo, but this often isn’t the case. What’s more, Mexico requires carriers to be liable for just 7 cents for every pound transported.

Shipper’s interest transfers all risk from the cargo owner to the insurance company, unlike traditional third-party insurance that leaves transportation providers on the hook for any damages or losses incurred. This first-party coverage minimizes coverage gaps and guarantees cargo owners will be reimbursed for in-transit losses.

“It’s a true domestic and international cargo insurance product that brokers and carriers are now utilizing to win the highest-margin freight and strengthen ties with their current client base,” Vickers said.