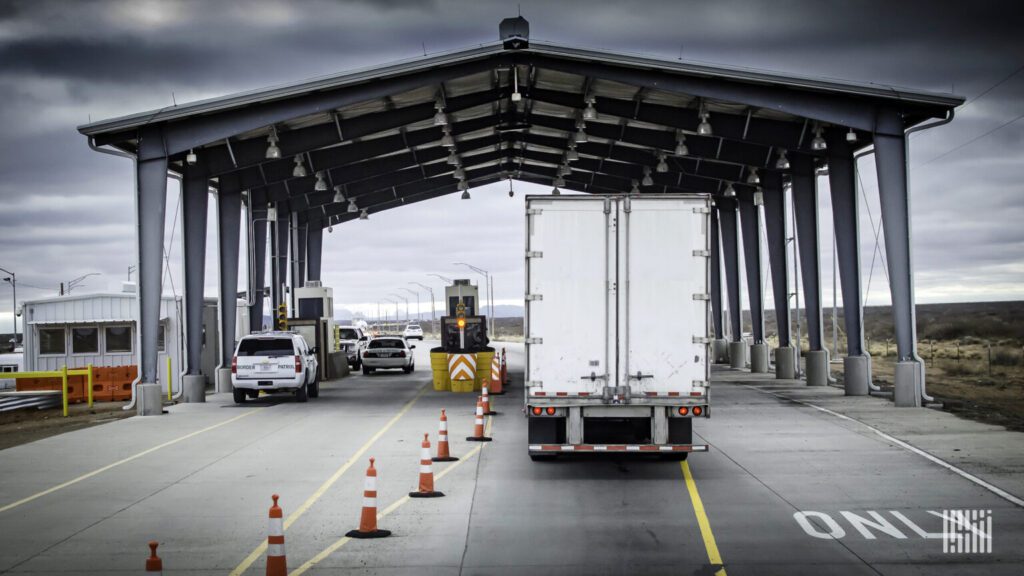 Where does trade agreement stand after 1 year?

This July marks the first anniversary of the adoption and implementation of the United States-Mexico-Canada Agreement (USMCA). The agreement has brought about new opportunities for cross-border trade; is your organization taking advantage of these changes?

With close to $2 billion in trade flowing across the U.S.-Mexico border daily, it’s imperative that logistics service providers know what’s at stake.

The United States’ renegotiation of the nearly three-decades-old North American Free Trade Agreement (NAFTA) is intended to mutually benefit the economies of the United States, Mexico and Canada.

Vickers said that USMCA has cut through some of the red tape associated with North American cross-border trade and describes it as a catalyst for cross-border process automation.

North American logistics providers have already found favor in its de minimis increase, establishing that no more than 10% of either the total cost of the good or the transaction value for the good can be made of non-North American components. The threshold set by NAFTA was 7%. Vickers called this a big win for companies conducting trade across North American borders.

Furthermore, the agreement aims to preserve, re-shore and stimulate vehicle and parts production in the U.S. by elevating the regional value content (RVC) for automobiles from NAFTA’s 62.5% to 75%. USMCA also demands that 70% of all steel, aluminum and glass used in the production of the automobile must originate in North America.

Vickers said goods adhering to these de minimis rules are less likely to be held at customs and are expected to arrive at their destinations much faster. Regulators hope these terms will spur greater interest in Mexico as well as Canada, catching the eyes of small and medium-size enterprises looking for lower production and delivery costs within their supply chain networks.

In addition, Vickers detailed USMCA’s changes to intellectual property safeguards, explaining how they extend NAFTA’s copyright terms from 50 to 70 years, and also provide 10 years of data protection for biologic drugs.

He also praised USMCA’s certificate-of-origin requirements, which he said make it much simpler for international shippers to be approved for preferential tax treatment. USMCA allows importers to complete a certification of origin to include nine required data elements as well as a certification statement. Certificates of origin under NAFTA could only be signed by the exporters and producers of goods. In addition, certificates could only be signed by pen, not electronically.

Borderless Coverage facilitates the completion of the certification of origin so that both parties receive information fast and properly. Vickers added that its experts can help certify the form and receive the preferential tax treatment needed to thrive when shipping cross-border.

But despite its positives, USMCA has been unable to fix all cross-border issues.

Many shippers and logistics service providers remain reluctant to set up shop in Mexico. A leading factor has been the ongoing U.S.-China trade war, but Vickers said other factors such as COVID-19 and insurance discrepancies between the U.S. and Mexico have slowed efforts to bring manufacturing south of the border.

Mexico is currently the United States’ largest goods trading partner, with $614.5 billion exchanged between the countries in 2019. However, the trade relationship isn’t as cordial as the statistics would suggest.

USMCA doesn’t appear to have a solution in the works to curb the cargo thefts and hijackings that have long frustrated companies operating in northern Mexico, which have resulted in the closure of many small and midsize area businesses. The unpredictable nature of these all-too-common crimes has forced carriers serving the region to settle for large and unfavorable insurance policy deductibles.

Vickers explained that most shippers don’t understand they are self-insuring when moving across the border, mistakenly believing that a carrier’s $100,000 cargo insurance policy will surely extend into Mexico, which isn’t always the case. In fact, Mexico only requires carriers to be liable for just 2.5 cents for every pound transported, whereas U.S.-based motor carriers can be held liable for up to $1 million in cargo loss.

“Until this is addressed in future provisions of USMCA or another agreement, logistics service providers and shippers who are moving freight in and out of Mexico should have a Borderless shipper’s interest cargo insurance program in place,” Vickers said. “Borderless Coverage, powered by Reliance Partners, has a program available specifically for this so companies of all sizes can obtain cargo insurance on all their shipments whenever they need it and at deductibles as low as $500.”