Despite drop in violations, fleets shouldn’t stray from safety 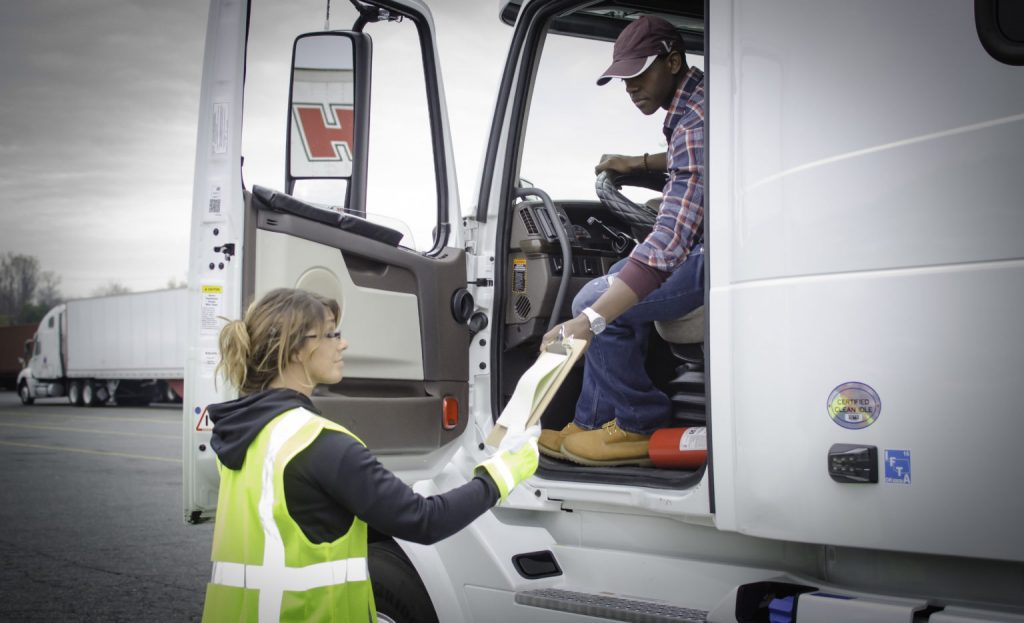 One could argue that the COVID-19 pandemic has inadvertently made the roads safer as driver violations have decreased this year. However, as the hardworking men and women of the logistics industry continue to make sacrifices, safety shouldn’t be on the chopping block.

Despite these figures, Timur Tilenov, chief executive officer and owner of consulting agency Aitim Inc., urges drivers and motor carriers to stay alert. While violations declined overall in nearly every category, this isn’t to say that drivers are operating impeccably. Where some truckers are slacking the most is behind the wheel.

This year, the CVSA handed out 14,371 more citations for moving than nonmoving violations — 42,857 to 28,486, respectively. Speed was the primary culprit behind 2,339 citations for American and Canadian truckers. In addition, 1,763 commercial drivers were slapped with seatbelt violations as well as 269 for violating hand-held device laws.

Tilenov attributes speeding primarily to drivers’ fear of being late. While it’s always best to be on time, Tilenov states that paying the penalty for arriving late is always better than causing an accident by rushing. He said, “If you kill someone on the road, it’s not the dispatch or the [fleet] owner who’s going to jail — it’s you.”

Tilenov focuses his courses heavily on the dangers of speeding. He tackles the issue from a physics perspective by presenting the dangers of following vehicles too closely and stresses the difficulty of bringing an 80,000-pound CMV to a sudden stop.

Tilenov explained the sentiment of many motor carriers is that safety personnel are not needed because the carriers falsely believe themselves to run responsibly. But operating on good faith alone will only get you so far in the courtroom. He said that lawyers like to refer to big rigs as “killing machines.”

While a lawsuit may be impossible to avoid in serious cases, Tilenov suggested that employing a safety manager or consultant will show that your fleet is proactive with compliance, which can lessen possible penalties. He added that investing more in driver safety may also favor motor carriers greatly during insurance policy renewals.

With an extensive history in transportation and logistics, Tilenov consults motor carriers on best practices for driver recruitment and safety enforcement. Concerned that emergency waivers and exemptions may contribute to complacency, he warns the industry not to stray from safety compliance even if violations have declined.

According to Tilenov, often carriers that become lenient with safety compliance eventually run into problems during inspections, racking up many violations. He said that many fleet owners feel the heat as they realize their inaction has led to upticks in their CSA scores and ultimately their insurance premiums.

Tilenov asserts that the hardest truckers to convince aren’t neophyte millennials but in fact older, more experienced drivers. He reasons that many assume that decades of experience somehow exempt them from improvement. This mindset can be a problem, especially for small to midsize trucking companies owned and operated by former truckers.

“I opened my own consulting agency to help those who cannot afford to hire a full-time safety manager,” Tilenov said. “I was shocked by how many in the trucking industry have no knowledge of safety compliance.”

Tilenov detailed his experience with owners far too often concerned with profit or expanding their fleet instead of investing in hiring a safety consultant. He was quick to point out that many are concerned about safety but go about it in the wrong manner. For instance, Tilenov explained that simply showing YouTube videos on driver safety isn’t an adequate method for learning safety standards.

“Fleets need to either hire an in-house safety manager or seek the help of a consultant,” Tilenov said. “There are many companies that will reach out to your drivers, send them presentations and provide online education courses.”

Accidents are unpredictable but the odds of causing one can be significantly reduced. Fleets should be eager to sharpen their safety standards in any way possible, especially as “nuclear verdicts” continue to plague the industry. Regardless of a driver’s experience, all it takes is for one mistake to change, or end, the lives of families forever.

“Every time I pass a truck on the highway, I always hope the driver received good training whether through in-house or outsourced instruction,” Tilenov said. “Driving with my family motivates me every day to educate truckers on the importance of safety.”