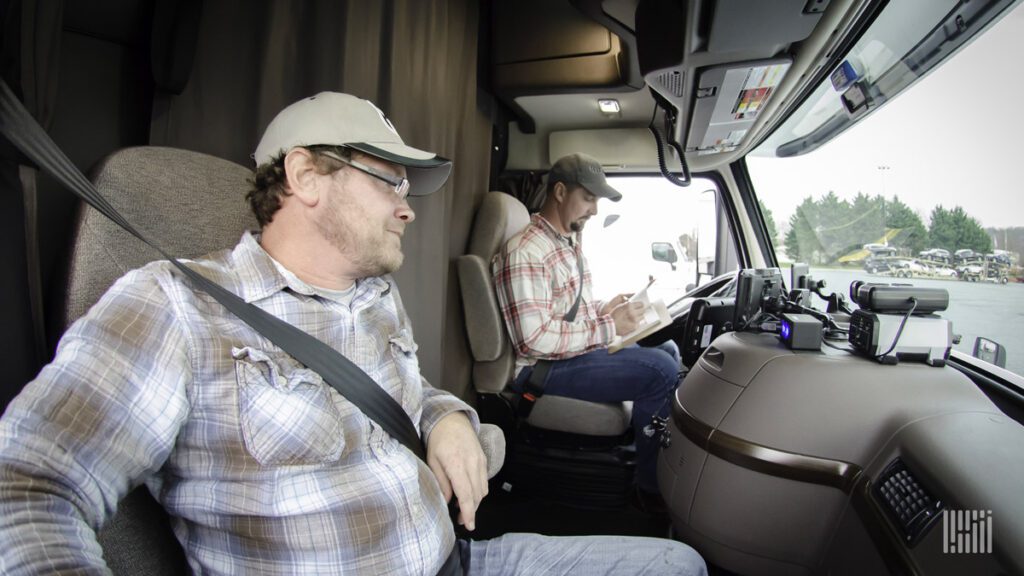 Form and manner violations are easy to avoid

The attributes of a good driver go beyond driving ability and punctuality — paperwork is important too.

A driver is only as reliable as their logs are accurate.

Robert Kaferle, Reliance Partners’ vice president of safety, reminds drivers to tighten up when it comes to form and manner violations, making sure to update their trailer numbers and bill of lading numbers before each haul.

Drivers involved in drop-and-hook freight exchange trailers often on a daily basis. Changing hands constantly, it’s up to the drivers to keep track of the trailers they’re pulling and their contents.

Each trailer has its own identification number; the same goes for its contents, as each bill of lading has a unique number too. Together, these numbers must regularly be updated in the driver’s daily log.

49 CFR 395.8 requires commercial drivers to record their duty status for each 24-hour period. Information regarding the driver, miles driven, total hours, as well as carrier and shipment documentation, is also required to be up to date.

But Kaferle is seeing far too many drivers neglect to update their information. Upon delivering a load, some drivers will speed to the next assignment, opting to save the paperwork for the end of their shift — that is, if they even remember.

These infractions, Kaferle explained, are some of the most common hours-of-service violations he sees among drivers. Though seemingly light in severity, a driver with too many form and manner issues can jeopardize their hireability; and for motor carriers, having too many of these violations on record can blemish their CSA scores.

“Not having a trailer number or a bill of lading number, it may not seem like it’s important, but these small violations can have a big impact on your CSA score, especially if you get multiple,” Kaferle said. “The higher your score, the more that insurance companies will scrutinize and officers look at your log.”

However, these violations can easily be avoided by simply updating the record of duty status before hitting the road. After all, there’s not much on the agenda for a driver when at the loading dock, so use that “on duty not driving” time wisely.

“If a carrier pulls a Pre-Employment Screening Program report and sees that a driver has a bunch of form and manner violations, it may indicate that the driver doesn’t understand the rules, needs training or just doesn’t care,” Kaferle said.

Fleets can correct this behavior by reiterating the importance of double checking logs before each assignment. Kaferle said it could be as simple as making note of it during the weekly safety meeting.

But it’s ultimately the responsibility of the driver to avoid such mistakes. And drivers should be concerned about this because receiving form and manner or other hours-of-service violations reflect poorly on themselves and are often undisputable.

“Form and manner violations, they can’t be DataQ’d because what are you going to challenge?” Kaferle said. “You can’t challenge a piece of missing information that’s required; it’s either there or it’s not.”