Home » Resources » Don’t slip up on these safety basics

Don’t slip up on these safety basics 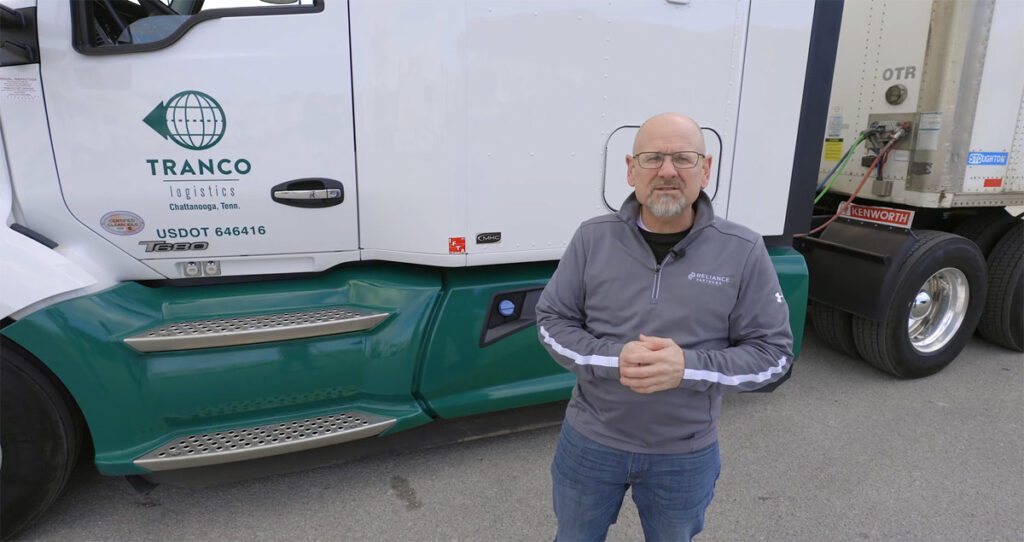 If drivers were to break down their day by individual events, in how many instances would they think they’re at risk of injury?

Behind-the-wheel safety is important, as it’s where the majority of headline injuries occur, but what about the less conspicuous aspects of a trucker’s job? Tasks that require lifting, climbing and pulling can also imperil the health of truckers, especially those advanced in age.

According to a Bureau of Labor Statistics (BLS) survey of nonfatal occupational injuries and illnesses to truck drivers between 2002 and 2013, 62% of tractor-trailer drivers with injuries requiring days away from work were age 45 or older.

The report also noted that strains, sprains and tears had the highest incidence rate of nonfatal occupational injuries and illnesses involving days away from work for heavy-haul and tractor-trailer truck drivers (109 cases per 100 full-time-equivalent workers).

With prior experience as a driver, Reliance Partners’ Director of Safety Brian Runnels says that transitioning to the safety and insurance side of the industry has broadened his understanding of just how consequential workers’ compensation payouts can be for fleets. His mission is to reduce easily preventable accidents that stem from stubborness and an unwillingness to follow simple safety measures.

Runnels provides a few simple safety tips for truckers that might just save them time and money, as well as a sore back.

“It’s a reminder thing,” Runnels said. “With some general awareness, many injuries can be avoided. It really just involves taking a breath, slowing down for a second and doing things the right way.”

Let’s take a safety tour around the truck, starting first at the fuel island.

Be aware of your general surroundings always

Just because the truck is stopped doesn’t mean the risk factors aren’t there. Danger permeates this environment around every corner, so always be alert in these areas.

First, always take proper precautions when handling fuel lines. The flammable nature of refueling alone should be enough to command your undivided attention, but remember not to smoke at the pump, and never leave your vehicle unattended when fueling.

Do a quick scan of the ground, too, in order to avoid slipping on wet or frozen surfaces. Any combination of oil, snow, antifreeze or just water can sweep you off your feet. Runnels strongly suggests truckers wear comfortable closed-toe, hard-sole shoes on the job, especially a pair with good grip and traction.

“It’s always been an issue for me to see a guy wear slippers or flip-flops,” Runnels said. “Even with cowboy boots — yes, they’re hard-soled, but a lot of times they have a very smooth bottom, which is why I personally never wore them.”

The Bureau of Labor Statistics also found that floors, walkways and ground surfaces were the locations of injury of 61% of those delivery truck drivers who were injured as a result of falls, slips and trips between 2002 and 2013.

Don’t forget to keep your head up, though. Runnels explained just how easy it is to knock your head against a side mirror if you’re not paying attention. Put the phone down; now’s not the time to browse Facebook or Twitter.

Next, we’ll focus under the trailer.

Runnels attributes a great deal of neck, back and shoulder injuries to adjusting the tandem locking pins as they’re found in a dark, hard-to-reach location under the trailer.

When it’s time to slide the tandems, he recommends keeping your pulling arm bent while using your body as leverage. However, don’t exhaust yourself if nothing seems to budge; there’s a better way to release the pins.

Runnels suggests using a Semi Tandem Axle-Release Assist Tool (STA-RAT) to pull the pins for you. STA-RAT allows drivers to release the tandem locking pins while watching through the rearview mirror. Coupled with its suction cup pin marker placed on the trailer, STA-RAT lets drivers easily know when to stop without going back and forth to check it out.

Simply lock the hook end of the tool around the tandem release handle and proceed to gradually move the truck forward and backward to release the pin. Once that is completed, twist the tool clockwise to remove it from the handle.

“The company that I previously worked with saw the amount of shoulder, neck and back injuries drop significantly after buying the tool,” Runnels said. “The long-term value was way above what we ever imagined it would be.”

Runnels recommends STA-RAT because its length can be adjusted to match the pulling power required. Because of this, it’s best to know what length will be needed beforehand. Runnels demonstrated how difficult it can be to collapse the pin puller altogether. He also advises keeping track of the tool’s safety pin at all times; losing it may risk the STA-RAT opening in your side box, making it nearly impossible to remove.

Raising and lowering the landing gear

Drivers should always use three points of contact when handling the trailer’s landing gear. The rule is simple: Always maintain two hands and a foot or two feet and a hand on the truck when climbing its steps or ladder.

You should already know the basics, but remember to stand parallel to the trailer with one hand cranking the handle and the other braced firmly on the trailer.

“It’s not going to save you much time to sit there and spin the handle,” Runnels said. “I’ve done so in the past but stopped after I took a handle to the chin. It hurts — a lot.”

As an additional tip, Runnels advises drivers to wiggle the handle before use, especially after it rains. This will rid the handle of excess water that might’ve built up over the trip. This prevents drivers from splashing themselves with dirty, rusty water when spinning the handle.

Entering and exiting the trailer and cab

Now let’s focus on climbing into the trailer and cab — easy, right?

Yes, if done so properly. Safety seems to slip the minds of drivers the most when climbing into and out of the vehicle. This can be attributed largely to disregarding proper procedures.

Think of three points of contact as a universal rule as it’s once again used for entering the trailer. But before swinging open those doors, first make sure that you’ve parked on a flat surface. Next, open the door slowly and carefully, making sure that the load hasn’t shifted and is in danger of spilling onto you.

Be sure the trailer doors are fully opened, too; you wouldn’t want the doors to whip back suddenly or, worse, close while you’re inside.

When entering the trailer, Runnels suggests using three points of contact, holding onto the door latch handles and stepping onto the under-ride bar to hoist yourself inside.

Exit the trailer in the same fashion. Remember to climb out of the trailer just as you would the cab — backside first; don’t dismount with your back to the trailer.

Last but most importantly, use three points of contact when entering the cab. This involves properly climbing the steps and grabbing either the door pouch and handle, back handle or steering wheel for support.

But according to Runnels, it’s exiting the cab where the majority of injuries occur. He recommends following the previous steps in reverse: Exit backside first, slowly using each step while grasping a handle.

“Getting out [of the truck] is where I’ve seen so many mistakes occur,” Runnels said. I’ve seen drivers basically jump onto the ground because they’re in a hurry. There’s really only one way to do it.”

Runnels added that in his driving days, a previous boss considered jumping out of the cab as grounds for termination. His reason — he wanted to prevent the company from having to endure unnecessary workers’ compensation claims.

“A workers’ compensation claim is a gift that keeps on giving,” Runnels said, explaining the financial strain for employers. “They last a long time and could be more expensive depending on the seriousness of the injury and the age of the driver.”