Home » Resources » Drivers too are culpable for industry turnover

Drivers too are culpable for industry turnover 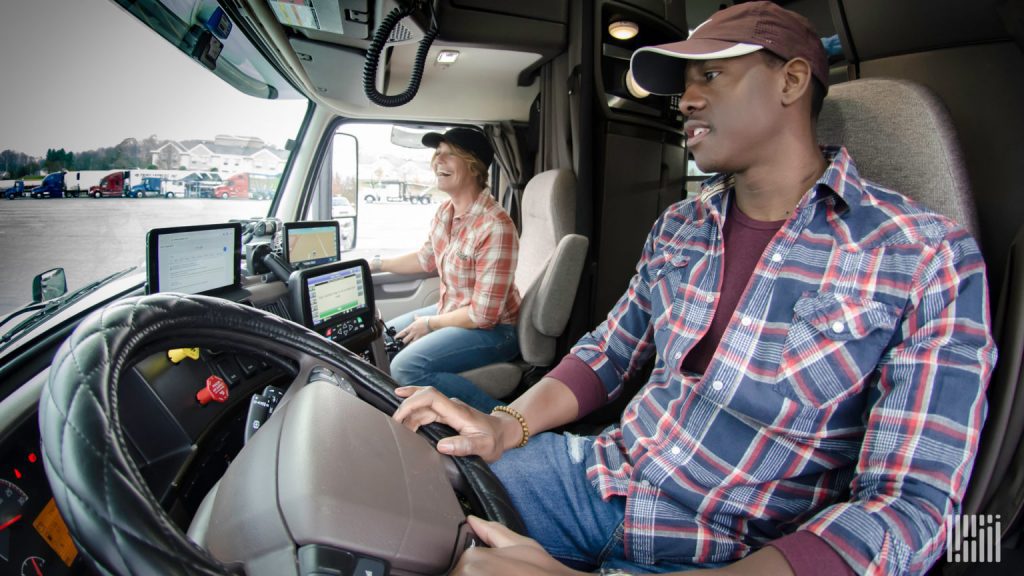 A relationship is defined as the way in which two or more people are connected. In terms of trucking, you’d be hard-pressed to find one more important than the relationship between a driver and motor carrier. That is why driver turnover is always of great concern for the trucking industry.

For whatever reason, whether it be in search of better pay or shorter hauls, a considerable number of drivers annually hop from one company to the next or leave the industry altogether after only short stints with employers.

While it’s easy to task motor carriers with solving the turnover conundrum, drivers too should play a role at the negotiating table. After all, employment between a driver and motor carrier is a two-way relationship. This is the opinion of Reliance Partners Director of Safety Brian Runnels, who believes that truckers themselves are somewhat culpable for dissatisfaction on the job.

According to a HireRight survey, the top three reasons why drivers walk away from their current job are a desire for better pay, to spend more time at home and enticement of better benefits at another job. Other factors included reaching retirement age, seeking a less regulated environment, health concerns, company culture preference and pursuing career advancement opportunities.

While many of these issues are legitimate reasons to warrant a prowl of the job boards, Runnels contended a driver’s unhappiness may stem from a lack of communication. He argued that truckers often hurt themselves by not communicating their wants and needs with their supervisors.

“I think that communication is so, so important,” said Runnels, a former driver himself with over 20 years of experience and 2 million safe driving miles under his belt. “Communication between a driver and their fleet manager or safety department should be an open line for expressing what you want from them, but also what should they expect from you?”

Trip planning, for instance, is a concern for Runnels, who said that training in this area is “slipping through the cracks” and may also be a leading cause for exacerbating driver retention numbers.

“If a company doesn’t know where you’re going to be, when you’re going to be there and how much time you’ve got left, how exactly are they supposed to keep you rolling?” Runnels asked. “Thus, they hold you back. The driver gets mad because they’re not covering any miles or making any money so they quit, go somewhere else and start the process all over again.”

Runnels asserted that the majority of trucking companies try just about everything they can to keep their wheels rolling and their drivers satisfied. The issue, he argued, is that many drivers today aren’t willing to be as flexible as have past generations of truckers.

Driver retention issues may be a by-product of expectation versus reality. This especially rings true with truckers new to the industry who find adjusting to life on the road difficult. Runnels explained that many newcomers enter the industry with prior experience in factory settings and construction sites where scheduled days off are common.

It wasn’t too long ago that truckers ordinarily found themselves on the road for two weeks or more at a time — Runnels said he’d endure three- to four-week trips himself. Nowadays the long-haul lifestyle has become the exception, not the rule, he said, adding that drivers today often lack the willingness to haul whatever and wherever their fleets send them.

“Most guys want to be home by 4 o’clock on Friday, if not most days,” Runnels said. “Not having that flexibility is also difficult for companies too as they’ve got to rearrange freight, which sometimes isn’t the easiest thing to accomplish.”

According to Runnels, it takes nearly twice as many drivers to accomplish what one driver normally completed in years past as truckers today typically work about 41 hours a week — significantly less than when Runnels was a driver. He attributed this shift largely to the industry narrowing its focus from coast-to-coast trucking to instead deploying regional distribution networks. He added that companies are in fact exploring alternative pay structures in order to balance fleet profitability with the ever-increasing requests for shorter work schedules.

“I think a lot of drivers new to trucking are being brought in with the notion that they’re going to be able to work this much and make this much and be home every night or weekend,” Runnels said. “A lot of those jobs are out there, but maybe they’re being a little misled on what the income potential is going to be.”

Runnels suggested doing diligent research of each motor carrier to determine whether the company is personally a good fit before signing on the dotted line. Instead of chasing a bonus, understand that the grass may not always be greener on the other side. He urged drivers to resist being easily persuaded by recruiters.

Employers should be honest about the realities of the job but remember that brochures only showcase a company’s positives and never list its negatives. Also keep in mind that no company is absent of flaws, regardless of its size or reputation.

“The perfect company doesn’t exist,” Runnels said. “If so, then there’d only be one company and everyone would work there.”