How a $1.25 million insurance liability hike may affect owner-operators 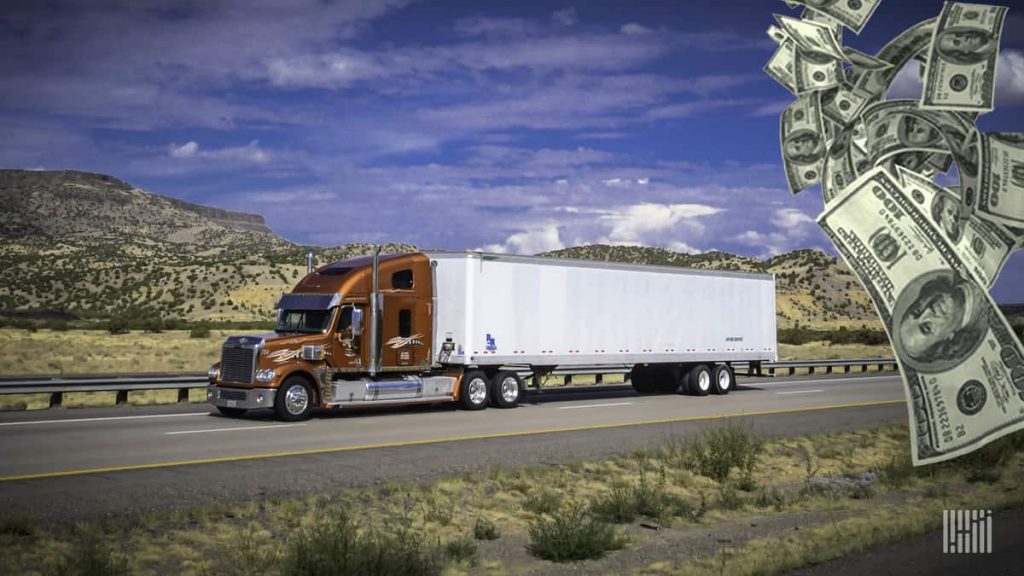 A push by lawmakers to raise truck liability insurance for the first time in 40 years has advanced further than ever in Congress and the resulting rate increases would hit small trucking companies the hardest, according to an insurance expert.

The provision included in the Moving Forward Act, which the U.S. House of Representatives passed on July 1, raises the minimum coverage level for general freight from $750,000 per accident to $2 million. It would be adjusted every five years to account for inflation based on Bureau of Labor Statistics data.

The minimum coverage cap is $2.9 million less than what was proposed in a standalone bill introduced last year, known as the INSURANCE Act, which called for hiking minimum coverage to $4.9 million. But it still represents a $1.25 million jump in coverage — or 166% — that many owner-operators would not be able to afford, according to Thom Albrecht, CFO and chief revenue officer at Reliance Partners Insurance.

“It would be a huge financial obstacle to overcome,” Albrecht told FreightWaves. He explained that fleets in general can take steps to help lower insurance premiums, such as investing in technologies like lane departure warning systems, collision avoidance, active braking and forward-looking cameras.

“However, in terms of micro fleets [10 or fewer trucks], their lack of scale, along with cash flow issues, will keep most of them from the aforementioned investments. So the 166% increase in minimum liability coverage will disproportionately hit them, along with many fleets with 11 to even 200 or 300 trucks.”

In a 2013 report on carrier liability responsibility, the Federal Motor Carrier Safety Administration (FMCSA) asserted that doubling the level of liability does not imply a doubling of the dollar value of the risk. “It depends upon how frequently the higher cost events occur, relative to the frequency of the lower value,” FMCSA stated.

But Albrecht said that while midsize to large fleets typically will have self-insurance retention, where they can afford to pay anywhere from $1 million to $5 million and higher on their own before their insurance policy kicks in, smaller fleets typically can afford only “first-dollar” liability, where coverage starts from the first dollar of the cost of an accident.

“So using simple math, if you’re now paying $7,000 to $8,000 per truck per year, you’re potentially looking at more than doubling their rates,” Albrecht said, which could mean those same rates increasing to $15,000 to $20,000 per truck annually. He pointed out that insurance companies would also factor in risk assessments when coming up with a rate.

A recent survey on nuclear verdicts by the American Transportation Research Institute found that over the past two to five years, commercial truck insurance premiums have increased 35%-40% annually for low- to average-risk carriers, at similar rates as increasing litigation awards. Increasing insurance costs have also been cited as being indirectly — and sometimes directly — behind recent trucking bankruptcies, including a 13-power-unit company in Illinois forced to shut down earlier this month.

Increasing the minimum liability caps to $2 million — a change that’s supported by trial attorneys — is not going to address the higher insurance costs associated with nuclear verdicts, Albrecht contends. “Our conversations with fleets suggest that only 2-5% of all claims exceed the current $750,000 minimum. So the question is, what does the $2 million level solve?”

Fortunately for small trucking companies, the provision to raise the cap on insurance liability is contained in an infrastructure bill that the U.S. Senate is not likely to support. Still, Albrecht recommends that owner-operators check in with their insurance brokers. “It’s not only what your loss runs have been and your driver profiles, but where those losses are incurred now, and what that could mean if you get in a trial situation,” he said.