Keep right — or you’ll be left with lane violations 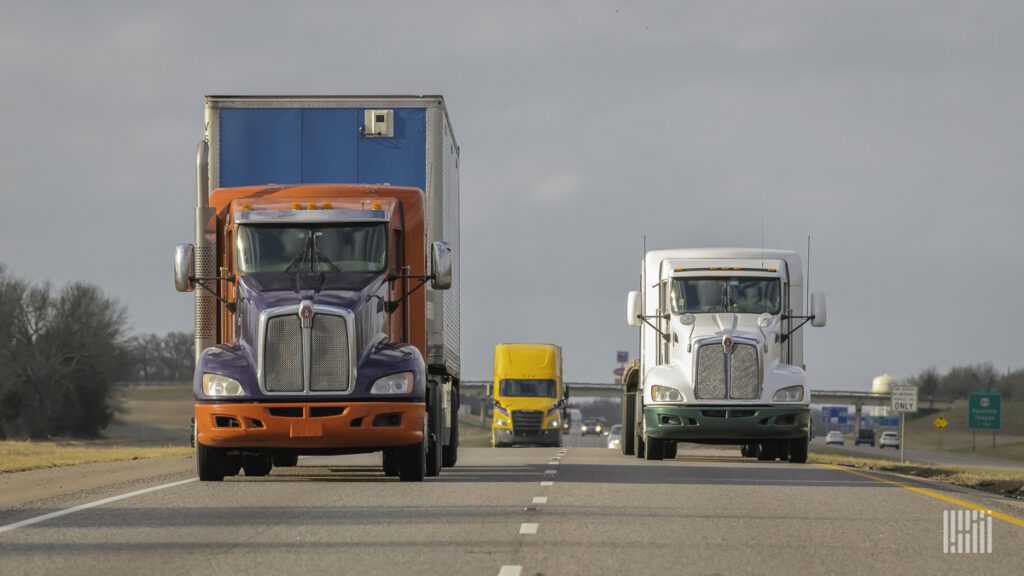 Lanes can change as quickly as the traffic around you

When behind the wheel of a truck with a 50,000-pound payload, situational awareness is crucial because no two days are the same on the highway.

Whether it’s a change in traffic patterns, weather conditions, time of day or some other variable, each trip has its own challenges, which means to go without incident requires drivers to keep an eye on their surroundings at all times.

This includes maintaining an appropriate speed and follow distance with the vehicles in front of and around you and checking your blind spots constantly. But for all your due diligence, you find that the second lane that you were happily cruising in is now the third from the right. Before you know it, there’s a set of blue flashing lights in your rearview mirror.

The use of the left lane, or lanes left of center on major roadways, is regulated in some form or another across the United States. To what extent varies from state to state, but a few have gone as far as to prohibit big trucks from the lane altogether or strictly limit their use.

“For the most part, [truck] drivers can only be in the two right lanes,” said Brian Runnels, Reliance Partners’ vice president of safety. “It’s that way most everywhere unless specifically noted on signage that drivers can be out in the No. 3 or 4 lanes.”

In Indiana, where Runnels lives, commercial trucks are required to use the far right lane on interstate highways except when passing a slower vehicle, entering or exiting the highway or avoiding a special hazard. And enforcement can be strict — Runnels said a customer of his in Indianapolis recently said its drivers are issued violations for lane restrictions more than any other unsafe driving violation.

But things are a bit tighter in other states, such as California. Trucks traversing the Golden State must use the right-hand lane or use a designated lane when instructed by signs. It’s only on California highways with four or more lanes that a trucker is permitted to use the lane second from the right. And passing can only be performed in one of these three lanes.

Runnels said he can back this up from personal experience. He recalls heading east on California Highway 60 out of downtown Los Angeles. “If you get on the freeway there heading east and get in the No. 2 lane, you can run all the way to Interstate 10 in the desert.”

At least in theory you can.

The problem is that a series of highways merge onto Highway 60 through the Los Angeles area, meaning that truckers in the second lane quickly find themselves in the third lane.

“Due to this, the driver can be at risk of being pulled over,” Runnels said, recalling the time he too was pulled over in the area.

“Don’t get me wrong, there is signage,” Runnels said, explaining that quickly merging right just to change lanes again a couple of miles later felt unsafe, but the police officer showed no leniency.

“It’s rules like that that are frustrating for a driver, because they would much rather just get in that one lane and ride it out,” he said, adding that with every lane change there’s a risk of hitting somebody in your blind spots.

“I’ve been told by the highway patrol that they’ll give you a mile or two in the left lane to get off,” Runnels said. “However, they’re not going to give you four or five miles.”

It’s situations like these that can catch even the most experienced drivers off guard if they’re not careful, which is why Runnels encourages drivers to — in addition to using proper lane etiquette — not lose track of which lane they’re in. Remember that the lanes can change as quickly as the traffic around you.