Home » Resources » Stay Alert and Slow Down Through Work Zones

Stay Alert and Slow Down Through Work Zones 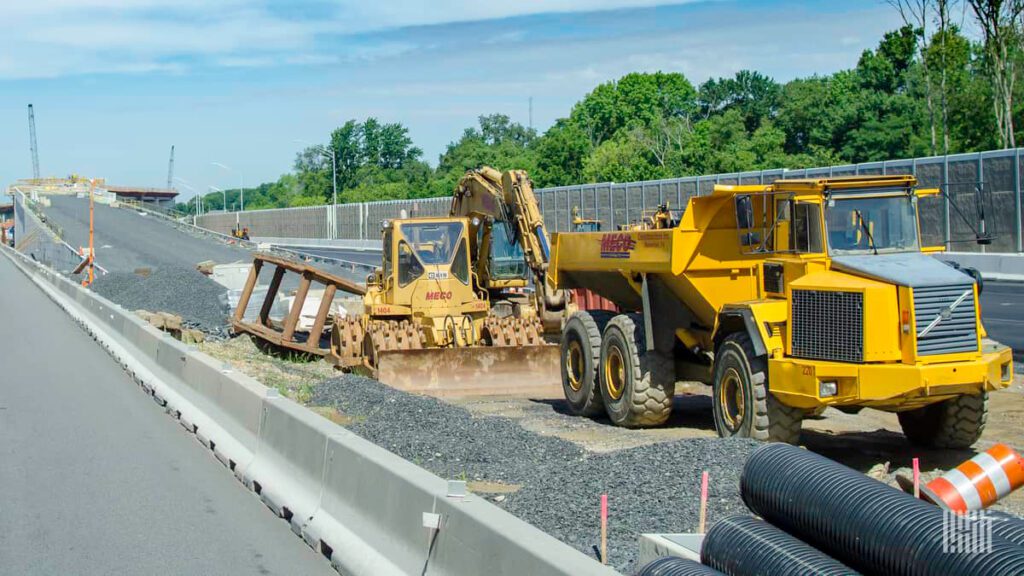 Excerpt: Reliance Partners’ Brian Runnels and Mark Barlar speak from their driver and State Patrol experience on the dangers that speed, distractions and fatigue present in construction zones.

Large trucks are involved in one-third of all fatal crashes in work zones, according to the Federal Motor Carrier Safety Administration (FMCSA). The agency issued a press release last week detailing its findings, and urging drivers to stay alert, obey traffic signs and allow all vehicles extra space around them.

“Around most parts of the country, there’s two seasons: winter and construction,” said Reliance Partners Director of Safety Brian Runnels.

Traffic cones and warning signs are supposed to slow traffic to a crawl, reducing the risk of injuries amid adverse road conditions, but these “safety zones” are often the scenes of deadly accidents.

The Federal Highway Administration (FHWA) reports that 842 people lost their lives nationwide in highway work zone crashes in 2019, the most recent year with data on record. The previous year’s total was 757, marking an 11.2% increase in fatalities and the largest percentage increase of deadly accidents in highway work zones this century.

“Fatal crashes occurring in work zones are both tragic and absolutely preventable,” said FMCSA Deputy Administrator Meera Joshi in the press release. “I am especially concerned that large trucks continue to have a disproportional involvement in fatal crashes occurring in work zones — 33 percent — when large trucks comprise roughly five percent of vehicular traffic. Don’t allow yourself to become distracted, slow down, obey the signs and the instructions of flaggers and be courteous and safe by giving every vehicle extra space. Highway workers equally depend on you for their safety.”

Runnels said that it all comes down to general awareness of your surroundings. Recording over 2 million safe driving miles over his career as a professional driver, he urges drivers to pay attention to road signs, the traffic in front of them and most importantly, their speed.

“Your awareness has to be heightened even more than normal because traffic could come to a stop at any moment,” Runnels said. As highways become ever more congested, however, he warns that backups can occur way before the initial warning signs or first sighting of traffic cones.

FMCSA states that it takes nearly the distance of two football fields for a fully loaded truck traveling at highway speeds — in good road conditions — to completely stop. Add traffic and distracted driving to the mix, and the consequences may be fatal. “You can’t argue with physics; I don’t care how good a driver thinks they are,” Runnels added.

Mark Barlar, Reliance Partners’ director of risk services, notes that velocity plays a big role in these crashes. The stark contrast in weight between a semi truck and an automobile — 30,000 to 80,000 pounds (depending on load sizes) and 3,000 to 5,000 pounds for an average car — can be compared to a bowling ball and pins. When a semi slams into a car, especially at high speeds while the car is idling, the impact is so severe that the car is often left unrecognizable.

Barlar explained that crash severity increases dramatically as weight and velocity increases. For example, he said a wreck occurring at 60 mph versus 30 mph results not in twice but four times the damage. “With velocity, if the speed is doubled, the amount of force involved is quadrupled,” Barlar said. “That’s why speed is such an important factor that drivers should be aware of.”

Barlar served on the Wisconsin State Patrol for 22 years, one of his duties being post-crash inspections. He said most work zone accidents involved drivers who were drowsy or had fallen asleep and plowed into traffic in front of them. But other cases involved drivers lulled into complacency while driving familiar routes, and those who simply took their eyes off the road for a split second to reach between their seats for something like a cellphone.

Barlar presented a few crash scene pictures during the interview, showing an accident involving a handful of automobiles and a tanker hauling hazardous materials. The driver was operating over hours — Barlar estimated 15 hours. He failed to register the decrease in traffic speeds around him due to his drowsiness, despite clear road and weather conditions. The reduced speeds became more apparent when he topped a hill, but it was too late to stop.

“I equate tired drivers with intoxicated drivers,” Barlar said. “When you’re doing 65 or 70 miles per hour, you have to understand that every mile an hour you’re traveling about a foot and a half a second. So if you’re at 70 miles an hour, you’re actually traveling about 105 feet per second. Dozing off for let’s say two seconds takes you perhaps a second to recognize the situation and maybe another second to start applying the brakes; that’s a total of four seconds in which you’ve traveled about 450 feet.”

Scores are also weighted by time. For example, the violation can be multiplied by a factor of three if committed within six months of a previous conviction of any kind, so 10 points becomes 30. Convictions are then reduced to a multiple of two between 12 and 24 months and weighted at face value after two years.

“Be alert, slow down and maintain a lot of distance between you and the vehicle ahead of you;

the driver’s focus should be what’s ahead and around them,” Barlar said. “Everybody in this world has someone that cares about them; everybody wants to make it home safely.”

Runnels advises drivers to remain on alert for road construction and traffic congestion all summer long. Thinking long term, if President Joe Biden’s $2 trillion infrastructure bill comes to fruition, Runnels suggests it could result in a major increase in construction projects in the coming years, inadvertently spurring more work zone-related accidents. That makes it especially important to practice cautious driving from here on out.