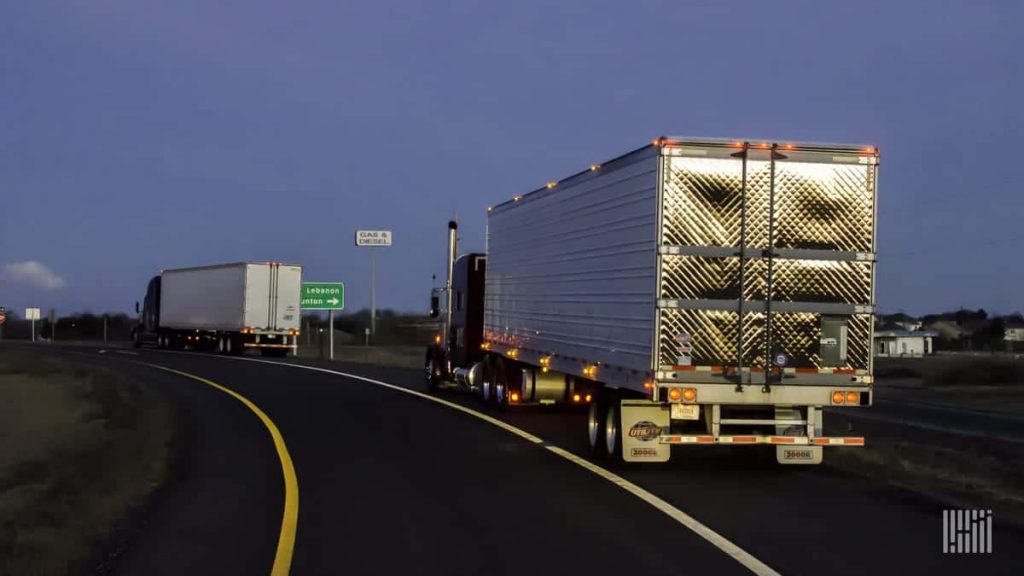 The rules of the road altered slightly this Tuesday as long-awaited changes to driver hours-of-service (HOS) regulations finally took effect. In an effort to provide added flexibility to carriers and drivers, the Federal Motor Carrier Safety Administration (FMCSA) rolled out changes to four provisions of the HOS regulations that day aimed at expanding driver exceptions and modifying break requirements.

Changes are now in effect for the following provisions:

Although these changes are merely tweaks to preexisting rulings, John Seidl, vice president of risk services at Reliance Partners, suggests that these minor changes can be game-changing for drivers willing to do their regulatory homework.

“The changes are all in favor of the driver and the company,” Seidl said. “[FMCSA] is taking nothing away from drivers; they’re only giving.”

As a trucking safety and regulations expert, Seidl urges drivers to take advantage of the added flexibility provided by the FMCSA. Because many truckers elect not to use the HOS exceptions due to the complexity of the provisions, he suggests that now is the perfect time for drivers and motor carriers to learn about the rule changes and perhaps find opportunities to achieve greater efficiency and profitability.

Seidl provided FreightWaves with his thoughts on each of the changes to the HOS provisions:

The FMCSA is expanding the short-haul exception from 100 to 150 air-miles and now allows for a 14-hour work shift (previously 12 hours) as part of the exception. Commercial drivers are still required to abide by the 11-hour rule and take no less than 10 hours off duty.

To qualify for the short-haul exception, you must operate as a short-haul driver for the majority of the time. This means that drivers still need to keep track of time, especially with a logbook or an electronic logging device (ELD) for the days that drivers exceed the updated 14-hour limit for returning to the normal work-reporting location. Seidl explained that the use of ELDs can be avoided as long as commercial drivers aren’t required to fill out a logbook for more than eight days of a consecutive 30-day period.

“If you can stay local under the definition of the short-haul exemption and only occasionally need to use a log, you can literally run around without an ELD,” Seidl said.

Seidl explained, for example, that if a driver exceeds the 12-hour limit only once within a 30-day period, then a logbook will be needed for that day only; time cards can be used for the other 29 days. However, recording nine or more 14-hour days will require the driver to use an ELD for the entire month.

With the ability to operate an additional 50 miles with a two-hour extension for returning to the normal work-reporting location, Seidl expects the revised short-haul exception to be beneficial for less-than-truckload and regional carriers, as well as construction companies and rail yard carriers. Seidl suggested that these operators may no longer be as reliant on ELDs as they were prior to Sept. 29.

The split-sleeper provision now allows drivers to meet the 10-hour minimum off-duty requirement by spending at least seven hours of that period in the berth combined with a minimum off-duty period of at least two hours spent inside or outside the berth, provided the two periods total at least 10 hours. The ruling also states that neither qualify period counts against the 14-hour driving window when used together as specified.

“There’s very few people who know how to use the sleeper berth exception currently. I’d say less than 10% of drivers understand the sleeper berth provision because of its complexity,” Seidl said. “I thought that companies were fools for not aggressively educating drivers on the previous split-sleeper provisions. With the changes taking effect, I’m going to lose my mind if people don’t know how to do this because it literally gives so much more flexibility to the driver.”

Seidl argues that the added flexibility provided by the new sleeper berth provisions will increase revenues for drivers and companies, make delays at shippers less of a problem, and get drivers home much faster.

The sleeper berth exception, previously just 8/2, now allows for an additional option of 7/3. However, Seidl recommends drivers who plan to rest at a truck stop stick with the 8/2 option because it’s easier to validate a two-hour delay as time off duty if necessary, unlike the 7/3 split, in which a two-hour delay would only total nine total off-duty hours.

“It is likely that truckers will drive for six hours, get delayed for five, only to drive for an additional three hours believing they’ve reached the 14-hour driving limit not realizing that they could’ve validated the five-hour delay as part of their sleeper berth time,” Seidl said, explaining that the driver could have legally extended their day to 19 hours. “Not knowing any better, they’ll take 10 hours off plus an additional five to total 15 off-duty hours in total when 10 was all that was required.”

The HOS revisions have given credence to on-duty/not-driving periods to qualify as the required break time. What this means is that drivers must take a consecutive 30-minute break only after accumulating eight hours of driving instead of the previous requirement of eight hours on-duty time in general.

This will potentially give truckers greater efficiency as they can now register time spent loading and unloading using yard move to qualify for their 30-minute break. Break time can be recorded while the driver is on the job; the only caveat is that it can’t occur during driving.

“The revised break requirement translates to this: If you conduct a 15-minute pre-trip inspection and then drive for a bit, stop and unload for 15 minutes, afterwards take 10 minutes off duty, then drive some more, you would actually be able to take your 30-minute break after nine hours on the clock because that’s when you accumulated eight hours of driving,” Seidl said.

The FMCSA has expanded the driving window during adverse driving conditions by up to an additional two hours. As Seidl explained, drivers can claim a time extension only in response to emergency events or adverse conditions that were unknown to both the driver and dispatcher before time of dispatch.

This exception can only be claimed after unexpected or unpredictable events, including tornadoes, flash flooding or traffic congestion due to an accident render driving impossible; this does not include forecast events such as hurricanes and blizzards. Seidl also notes that adverse driving exceptions only apply to situations in which drivers would have been able to arrive at their destination within the allotted HOS time frame had the unforeseen condition not transpired.