Truck transportation job growth — cause for celebration or concern? 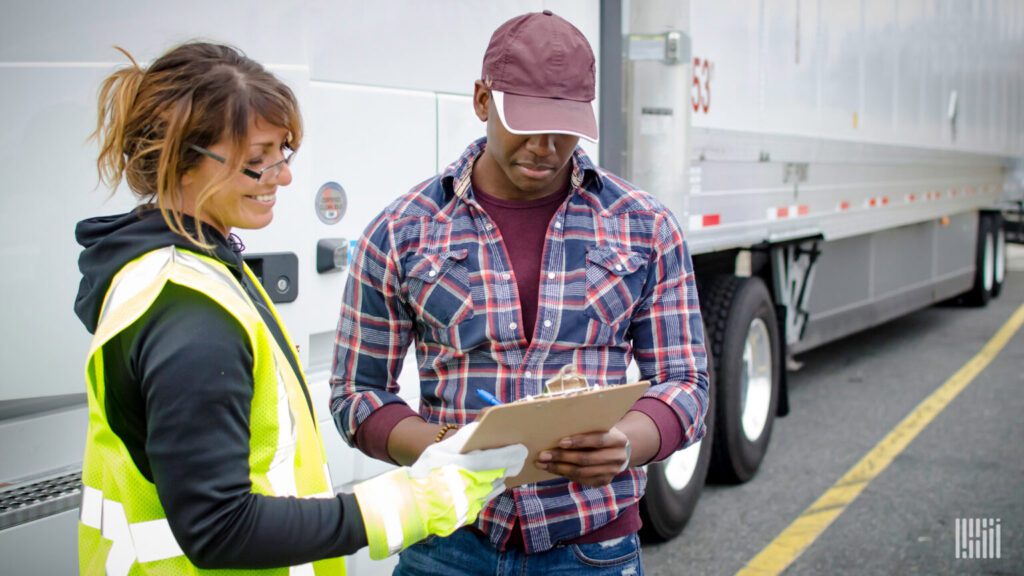 “With driver schools still not at full capacity, the Drug and Alcohol Clearinghouse still impacting the availability of drivers, and the overall aging of the demographics, many fleets are fighting an uphill battle.”

March’s truck transportation employment figures can be viewed as a glass half full or half empty — both perspectives have merit.

According to the U.S. Bureau of Labor Statistics (BLS), total jobs in March were recorded at 1,482,700, up 3,300 from February’s tally — a sign that things are headed in the right direction.

On the other hand, March’s figures totaled 33,500 fewer truck transportation jobs than last March, just as the industry was on the precipice of the pandemic — a sign that we may still be in the early stages of recovery with a long road ahead.

“The economic recovery has been accelerating over the last two months or so, and promises to have very vigorous economic growth,” said Reliance Partners Chief Financial Officer Thom Albrecht, who suggests that gross domestic product (GDP) growth may rival that of 1983’s economic growth of 7.9%. “There’s a good chance that economic growth will be between 6% and 7% this year, so it is improving; it’ll be more visible in the job numbers as the year unfolds.”

Albrecht notes that this recovery is unlike most, given the circumstances of the sudden shock to the system last spring. He said that the recovery of jobs is typically known to lag GDP growth, as company cost-saving strategies are in place by the time the economy finds itself on the upswing.

This time around, many jobs were lost seemingly overnight. While many drivers found employment soon after, others have yet to regain their footing in the industry. But Albrecht expects more jobs that were lost to be recovered over the course of the year.

“As you peel the onion back, you start to get into some of the other issues that require a little bit more thought, like what employment issues are structural versus cyclical? What job groups are recovering or lagging? What jobs aren’t coming back? There’s a lot of questions within that broader topic of the jobs market,” Albrecht said.

While the trucking industry aims to bounce back to pre-pandemic performance levels, the question remains whether or not its labor force can achieve long-term growth post-recovery. After all, BLS data shows that employment of heavy and tractor-trailer truck drivers is projected to grow at just 2% from 2019 to 2029, slower than the average for all occupations.

The elephant in the room is trucking’s ever-present shortage of drivers — a significant factor being the advanced age of the existing workforce. According to an American Trucking Associations survey, the average age of a driver in the for-hire over-the-road (OTR) truckload industry is 46. In comparison, BLS data shows that the median age of the U.S. labor force was 41.9 as of 2019.

“Ultimately, one carrier’s driver success will probably be at the expense of another carrier,” Albrecht said. “For the most part, truck drivers will continue to be swapped around as opposed to [the industry] gaining a large, new infusion of people to the truck driving population.”

Although freight demand will continue to trend upward, he believes that driver hiring will remain perhaps the biggest challenge for the trucking industry this decade. “The demand will be there, but the question remains if fleets will participate in the niches that are growing at or above GDP rates,” he added.

In addition, the U.S. labor participation rate, currently 61.5%, has gradually improved since bottoming out last April at 60.2%. However, the current labor market has a long way to go to reach pre-pandemic rates of approximately 63%.

“It doesn’t sound like a whole lot [of change], but what’s not captured in those statistics are the estimates showing the 3 or 4 million people that haven’t returned to the workforce yet due to discouragement by their job prospects,” Albrecht said, adding that the current rate of 61.5% isn’t that healthy, considering that the rate was closer to 66%-67% in the 1990s.

If driver classes indeed yield fewer graduates in the coming years as many predict, then fleets will have to look internally for methods of retaining their current workforce.

“Every carrier that I’ve talked to is pulling every lever that they can think of,” Albrecht said.

More and more fleets are utilizing pay increases to not only attract drivers, but retain their veteran workforces. Albrecht describes compensation as just about the only factor keeping drivers from leaving the negotiating table.

Earlier this month, Knight-Swift announced raises for its drivers — the latest in a series of pay increases and incentives enacted within the past six months. April’s announcement detailed an increase in pay per mile of 2 cents for its OTR drivers. Similarly, a 3- to 5-cent increase was announced for its OTR independent contractors.

Crete Carrier and Shaffer Trucking also announced plans to increase driver pay for its regional and national OTR fleets. Starting in May, new OTR drivers will see pay rates between 59 and 65 cents per mile, depending on experience level. FreightWaves reported that the carrier expects its pay increases to place its top-tier OTR drivers at an average annual pay rate of $89,300 — an unprecedented number among most truckload companies, Albrecht explained.

Old Dominion Freight Line also announced its push to hire 800 Class A CDL truck drivers over the next three months. The company stated that all new hires will receive annual pay ranging from $73,000 for pick-up and delivery drivers and $99,000 for line haul drivers, among other benefits.

“I believe [wages] will remain sticky. They’ll go up and stay up, but driver pay will probably level off just as freight market rates level off next year,” Albrecht said. “But with [freight] rate increases, you really have no other choice but to go out and raise driver pay, too, if for no other reason than that most of your competitors that you’re competing against for drivers have already been doing that.”

This decade is shaping up to be a major transitional period for the trucking industry. As advances in technology, as well as new rules and regulations continue to change the dynamics of the job, trucking companies will also have to deal with the ever-changing demographics of the workforce.

Putting new faces behind the wheel may very well be the key to the industry’s resurgence. Albrecht believes that the industry’s labor rates may improve if nontraditional demographics are proactively recruited.

While efforts have already been made to engage more Hispanics and African-Americans, Albrecht suggests fleets consider targeting the female demographic as well. He also makes the case for Indian drivers and those of Eastern European backgrounds — subsectors of the trucking industry which he believes don’t get enough attention.

Albrecht notes that Reliance Partners has a staff who speak a total of 25 languages to better serve the diverse trucking landscape. That includes lesser-spoken languages in the U.S., such as Russian, Croatian, Ukrainian and Punjabi. “We have dozens and dozens of employees that are multilingual. Reliance Partners actively recruits prospective employees who speak multiple languages.”

He continued, “Compared to 20-25 years ago when the typical driver profile was a white male from the southern half of the U.S., the explosion in drivers from other cultures is often one of the untold stories in trucking.”

“It has to be one of the levers that fleets are willing to consider,” Albrecht said. “With driver schools still not at full capacity, the Drug and Alcohol Clearinghouse still impacting the availability of drivers, and the overall aging of the demographics, many fleets are fighting an uphill battle.”