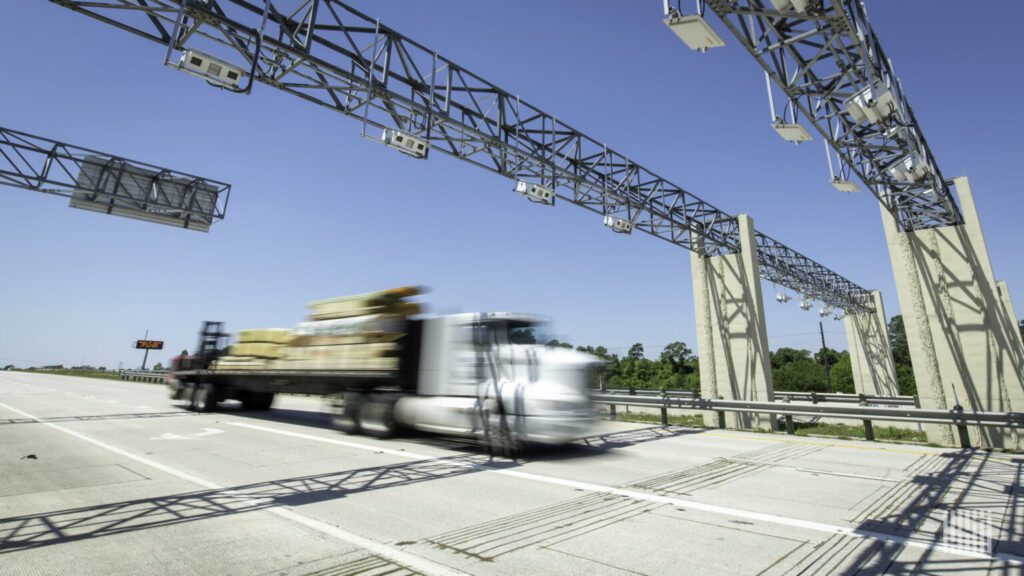 House construction nationwide is being constrained by the tight supply and mile-high price of lumber, but this squeeze has not been felt by the flatbed truckers who haul these loads.

Reliance Partners CFO Thom Albrecht said the lumber shortage can be viewed from both a glass half empty and full perspective, depending on who you ask in the supply chain.

Those hurting the most right now are the end consumers — builders and homeowners — of which many have found it difficult to finish projects on time amid exorbitant costs.

The price of framing lumber has skyrocketed 250% — $1,200 per thousand board feet as of late April compared to $350 the year prior, according to research from the National Association of Home Builders (NAHB). The association credits the “unprecedented” price spikes for tacking on $36,000 to the average price of a new single-family home and close to $13,000 for multifamily homes since April 2020.

“The lumber crisis has been very real in particular for buyers of lumber … but I don’t think it’s been that big of a deal for flatbed carriers,” Albrecht said of truckers’ resiliency in adapting to the market’s changing freight needs.

This has to do with the fact that most flatbed haulers service multiple industries at any given time, which has helped insulate these carriers from the effects of the “lumber crisis.”

“Of the flatbed haulers that we insure who haul lumber, that’s just one of many commodities that they carry. Some have commented that they’re seeing other alternative supplies, particularly Trex-like supplies [composite deck materials] strengthened,” Albrecht said, adding that the inflated price of lumber has significantly narrowed the price gap between traditional and high-priced alternative building materials.

SONAR’s U.S. Flatbed Outbound Tender Reject Index shows that flatbed carriers are rejecting loads at a far greater rate this spring and summer than they did last year and in 2019. In fact, flatbed tender rejections have surpassed rates seen in 2018, a year infamous for its historic capacity tightness.

While lumber is a prime component of any construction project, it’s just one of many ingredients. Albrecht said flatbed truckers have the advantage to pick up other load types, including bricks, generators, tile, roofing materials, as well as steel and other metals. What’s more, he said that many are even finding good hauling opportunities in the aerospace and renewable energy sectors.

“Lumber is really just a symptom of what’s been underway in the housing market for a dozen years,” Albrecht said.

Albrecht noted that housing starts can partly explain why lumber prices are where they’re at. Housing starts is an economic indicator that represents the number of privately owned new homes that have started construction in a given period.

From 1959 until 2007, housing starts only seldom fell below 1 million units annually. That changed of course during the Great Recession, when figures remained below the million-unit mark between mid-2008 and late 2013. Housing starts have bounced back though, as around 1.2 million new units have been built every year since 2014. However, despite reaching a 15-year high of 1.733 million units in March, Albrecht made it clear that housing starts haven’t kept pace with population-adjusted levels.

“We’re really close to getting back to what was essentially a 50-year trend line, so it’s not surprising that lumber prices have been inflationary along with other building materials,” Albrecht said.

Rising construction costs have led many Americans to opt for buying an existing home rather than building one. Because of this, the housing market remains highly competitive, as many homeowners are asking for prices well above the value of their abode.

Mortgage applications have decreased 3.1% in the past week, according to data from the Mortgage Bankers Association’s (MBA) Weekly Mortgage Applications Survey. But the market shows no signs of slowing down, as U.S. home prices saw a 13.2% annual gain in March, up from 12% the previous month, according to the S&P CoreLogic Case-Shiller U.S. National Home Price NSA Index.

“That’s just a natural reaction from the consumers. While it was probably rising interest rates initially, the fact that existing home sales and the prices are up 20% year-over-year may be causing buyers to pause and ask, ‘Maybe we should wait a little bit, let’s see what the rest of summer or even fall brings,’” Albrecht said, asserting that consumer patience may result in milder lumber prices down the road.