Prolonged uptick in truck and trailer orders ‘cause for concern’ 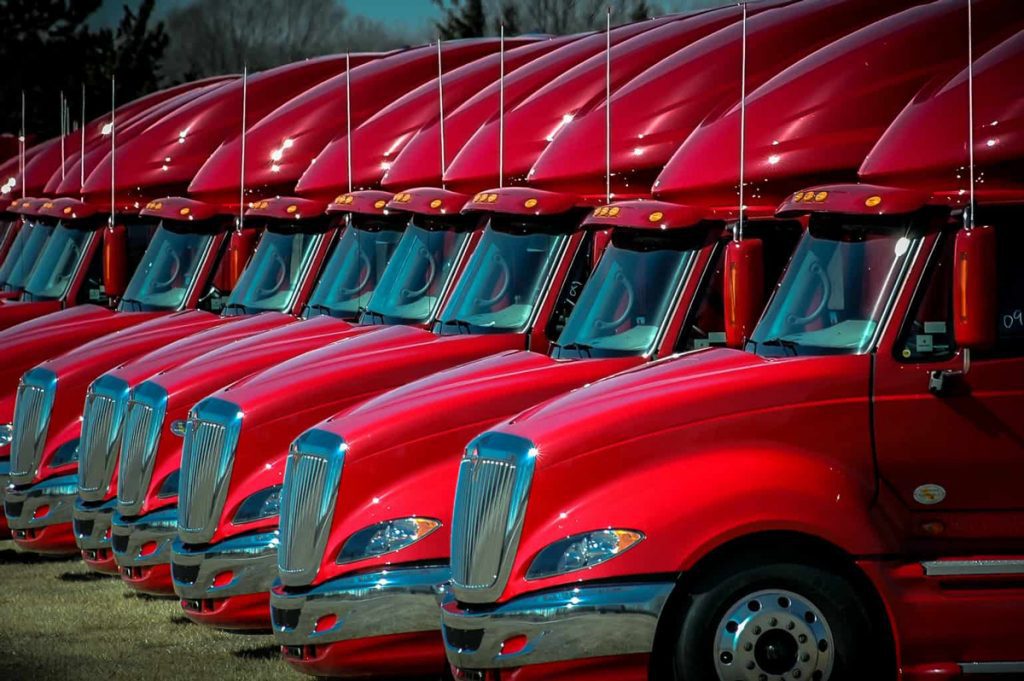 Reliance Partners CFO Thom Albrecht warns that the bullish parts of freight cycles for carriers are getting shorter in duration on the upside and nastier and longer on the downside. He notes that a shift could be abrupt and felt significantly by carriers when a lot of new equipment is delivered to the market.

Such deliveries may occur at a time when consumers resume spending on services as opposed to heavy spending on goods, up 7% in recent months compared to an almost 7% drop in services spending.  Goods include items like broad-based home improvements, appliances, electronics, sporting goods and food and beverage.  Services include travel, gyms, movies, non-Covid-19 healthcare and personal care expenditures and restaurants.  Also, spending on automotive and gasoline is down almost 10% as well.  Albrecht suggests carriers not assume these to be long-term trends but instead to prepare for an inevitable return to some sort of supply and demand status quo.

Albrecht noted that trucking’s last two “up” cycles in 2014 and 2018 lasted just five quarters each and the subsequent abrupt downturns were longer than the upturns. The last multi-year recovery that carriers experienced with strong pricing was 2003-2006.  While it’s possible that the current upswing could last seven to eight quarters, a more likely scenario is that a plateau would be realized in Q3 next year with the possibility of a downturn the second half of 2021 and no later than early 2022.

Truck and trailer orders are through the roof as the industry looks to capitalize on surging freight rates and elevated demand. The industry’s rebound from midyear struggles has motor carriers hoping to ride the upswing well into the new year.

In November, preliminary North American Class 8 orders netted 51,900 units, up 33% from October and 197% year-to-date, according to ACT Research. In addition, FTR Transportation Intelligence projects Class 8 orders to stand at 250,000 for the past 12 months — nearly double what was predicted in April.  The low point for Class 8 orders was April at 4,100 units, the lowest month since 1995.

Albrecht suggests the uptick in orders is initially a catch-up response from the “abysmal” order figures placed between March and June. He noted that trailer orders in Q2 hovered around 17,000 units — an average of less than 6,000 units per month, including just 209 units in April — but have since skyrocketed to well over 50,000 units in September and October. Albrecht suggests capacity problems may arise if the prolonged uptick in orders continues another 5-6 months.

“I suggest that capacity growth has perhaps been lagging demand growth, which makes it feel like capacity contraction,” Albrecht said. “At Reliance Partners, we have seen significant positive endorsements during the second half of this year, suggesting that fleets are adding trucks as quickly as they can.”

The industry as a whole grew rapidly in November, registering a 70.8% reading on the Logistics Managers’ Index (LMI), down only 0.8 points from October. The LMI is calculated using a diffusion index. A reading above 50% indicates that logistics is expanding, while a reading below that percentage suggests the opposite.

The LMI Report stated that most of the industry’s growth can be attributed to high prices and a record contraction in available capacity spurred by the increased demand for logistics services in response to the newfound shopping habits of consumers. Online marketplaces have siphoned traffic away from brick-and-mortar retailers as municipalities across the country continue to reel from lockdowns and restrictions amid the COVID-19 pandemic.

Transportation prices have sharply risen since falling flat in May, reaching levels reminiscent of the freight boom of mid-to-late 2018. Further, the LMI’s future pricing index reading of 77.9% indicates that prices are expected to increase over the next 12 months. But Albrecht warns that what goes up must eventually come down, adding that the industry’s upswing could end sooner than expected.

“Don’t expect the freight and rate party of the latter half of the year to last all of 2021,” Albrecht said. “The cycles are getting more volatile — shorter in duration on the upside and nastier and longer on the downside.”

Albrecht also expressed concern over the pandemic’s strain on the supply of drivers. As opposed to previous cycles, driver challenges have accelerated under the force of two unique elements: the pandemic and the federal Drug and Alcohol Clearinghouse. Drivers opting for early retirements have exacerbated driver shortages as prospective drivers find themselves bottlenecked in the classroom.

Driving schools issued around 100,000 fewer CDLs during the first half of the year due to COVID-19 restrictions. In addition, nearly 50,000 drivers were taken off the road due to failed drug tests, with 90% not starting the return-to-duty process.  “These factors may allow the recovery to reach 7-8 quarters instead of 5 quarters like the last two up cycles, but don’t expect a multi-year recovery,” Albrecht stated.

“I’ve been in this industry since 1988 and the lack of drivers has always supposed to have been a ‘speed governor,’ but when capacity is tight, fleets get rate increases and drivers get pay raises,” Albrecht said. “Between that and an eventual deceleration in demand, the cycle always ends more abruptly than what carriers expect.”