Stay alert for signs of sex trafficking at truck stops 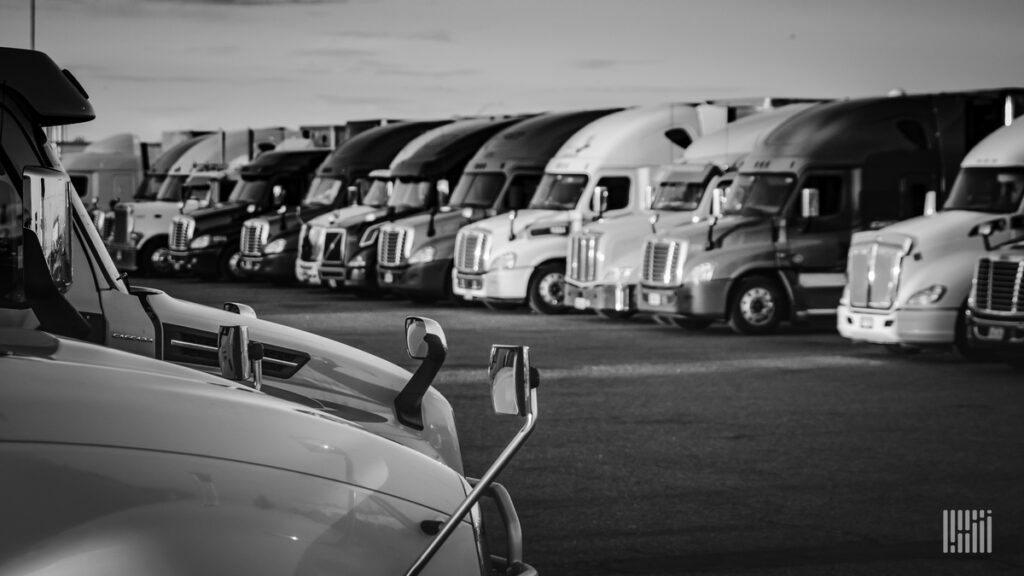 Though perpetuated in the shadows of society, human trafficking is a $32 billion industry worldwide.

Truck stops offer rest and amenities to truckers and general motorists after a long day’s drive, but they can also be hubs for sex traffickers and their victims. As teenagers and boys and girls are transported from city to city, truck stops serve as natural stopping points along their routes — an unintentional but optimal location for the crime.

It’s important to distinguish between a sex worker and a sex trafficking victim. Unlike prostitutes who willingly engage in for-hire sexual activities, sex trafficking victims work the streets reluctantly, most often against their will. As victims of modern-day slavery, these children and young adults should be treated as victims, not sex workers.

Victims may be easy to identify

At truck stops, rest areas and parking lots, Chahal advises truckers to be on the lookout for people who are inappropriately dressed. For instance, two people walking around a truck stop wearing season-conflicting attire — a male dressed properly for the cold and a young girl wearing shorts and a bikini top — should raise eyebrows.

A person appearing to be waiting on someone to pick them up, especially if they look uncomfortable or out of place, is also a red flag. Standing around a parking lot shouldn’t be immediately deemed suspicious, but Chahal notes that if they can’t recall who’s picking them up or where they’re going, something’s definitely wrong.

Understand that victims may not seek help

While victims may appear alone, Chahal notes that captors often watch from afar.

“Trafficking victims are monitored most of the time by their traffickers, watching from a distance,” she said. “They’re supposed to be seen, not heard. It’s a psychological means of control.”

This in turn leaves victims feeling isolated and unable to seek help, even in the presence of well-meaning bystanders or even police officers. Often, abusers egregiously lie to their captives, warning them that their participation in sex acts — even against their will — will certainly land them behind bars.

“[Victims] believe that if they go to the cops, the trafficker may [cause harm] to their families,” Chahal said. “I had a case where a girl was really close with her dog. The trafficker used that against her, warning that if she goes to the cops, he’ll kill her dog. Because of this, she never went to the police.”

But traffickers also use a twisted form of affection as a means of control. As victims often come from broken homes, the promise of good food, clothes and makeovers is enough to keep some from breaking their silence.

“They’re afraid of what might happen if they were to reach out to law enforcement. In addition, they’re dealing with somebody that came to them and told them, ‘I’m going to take care of you,’” Chahal said. “This is stuff they didn’t get from their families, so when they receive these things from their “person,” it’s mentally and psychologically hard for them to escape that situation easily.”

Intervening may not be the best idea

Chahal doesn’t recommend directly getting involved when suspicious circumstances arise, as the bystander and the victim alike could be harmed, and it could impede an ongoing investigation. Instead, she encourages concerned drivers to inconspicuously gather as much information as possible on the descriptions of each potential victim and trafficker, including vehicle information such as the license plate.

“Gather as much information as you can, and then call 911 immediately if you think it’s an emergency or call the National Human Trafficking Hotline,” Chahal said.

JJIE states that the four biggest trafficking states are California, Nevada, Texas and New York. However, this isn’t just a big-city problem. Chahal warns that the problem persists throughout the country in towns big and small.

Working in the Milwaukee area, Chahal outlines the interstate corridors between Madison, Wisconsin, and Chicago as prime areas for trafficking activities. She additionally notes that trafficking spikes in areas hosting large events such as the Super Bowl. This attracts crowds, which, in turn, brings together potential high-paying customers.

Barlar, who also served on the Wisconsin State Patrol for 22 years, admits to not being fully aware of trafficking activities lurking around truck stops early in his career. It wasn’t until he received training on the matter that he felt equipped to identify such situations, which is why he encourages more law enforcement officers and members of the trucking community to join the cause.

“A lot of truck drivers, just like long enforcement, don’t understand that girls in these types of situations are usually not there by their own will; there’s usually someone else behind the scenes compelling them to do it,” Barlar said. “Training really opened my eyes to the full scope of human trafficking.”

However, many are taking active roles in trafficking prevention. Chahal has been at the forefront of trafficking awareness in her home state of Wisconsin, most recently advocating for training gas station and convenience store workers on how to identify victims, as part of last year’s collaborative efforts by the Wisconsin State Patrol, Wisconsin’s attorney general, the Department of Children and Families, and Wisconsin’s Petroleum Marketers and Convenience Store Association.

The transportation industry is fighting back

NATSO, formerly the National Association of Truck Stop Operators, represents the truck stop and travel center industry and has played a crucial role through its partnerships in stopping human trafficking throughout America’s highway systems.

Its foundation works closely with the Department of Transportation, Department of Homeland Security, Truckers Against Trafficking, Polaris Project, National Center for Missing and Exploited Children and other local organizations to share and learn more about human trafficking. NATSO’s goal is to provide its members with the tools necessary to train their staff on how to properly identify and help trafficking victims when encountered.

Truckers Against Trafficking (TAT) educates and empowers members of the trucking, bus and energy industries to assist law enforcement in taking a stand against human trafficking. The nonprofit organization relies on the eyes and ears of its vast volunteer network of professional drivers to spot and report potential trafficking.

TAT had trained 1,014,367 people as of 2020, including 1,586 law enforcement officers and 117,641 members of the bus industry. Its members have reportedly made 2,692 calls to the National Human Trafficking Hotline, helping establish 708 likely cases of trafficking, which has ultimately identified 1,296 victims.

Chahal encourages truck stop owners and convenience store workers to display TAT awareness posters within their facilites; requests for posters and other materials can be found here.

Witnesses who want to report potential trafficking or victims in need of help are strongly encouraged to call 911 for immediate emergencies as well as the National Human Trafficking Hotline at 888-373-7888.

Operators are available 24 hours a day, seven days a week, and the calls are confidential.