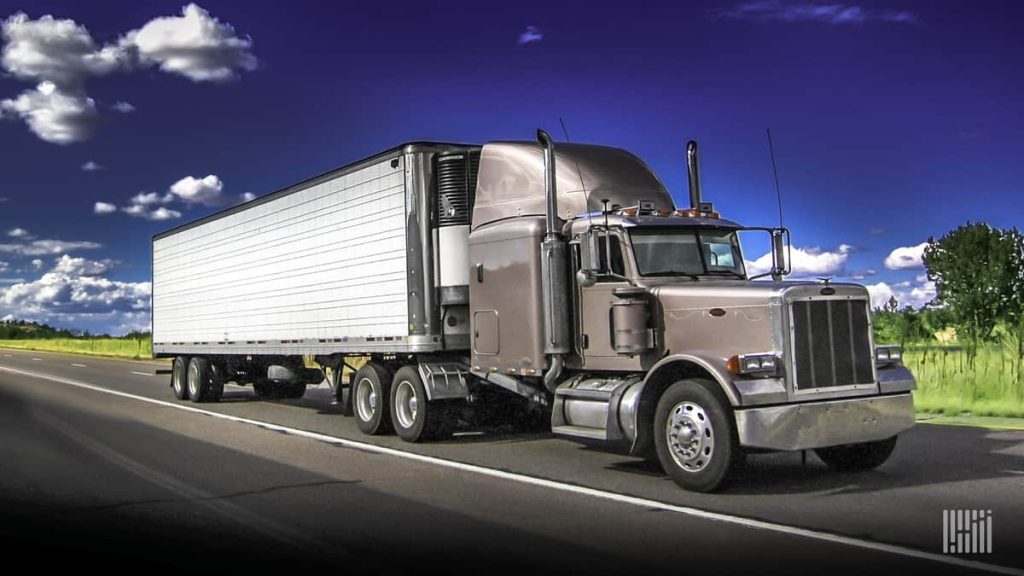 A truckload of goods will often exchange hands multiple times between its origin and destination. In fact, it’s pretty common for a trailer to be hauled by one driver between points A and B only to be handed off to another to continue the journey to point C and so on. For instance, a truckload originating in Jacksonville bound for Los Angeles may find itself hitched to another truck in Houston for the remainder of the trip.

Through each trailer interchange, responsibility for the trailer and its contents rests squarely on the driver in current possession of the trailer. Those new to commercial trucking should know that just because the equipment isn’t yours doesn’t mean you’re exempt from liabilities stemming from an accident. Thankfully, the right insurance coverage will ensure a non-owned trailer becomes a non-issue.

“If you pull somebody else’s equipment, then you need either trailer interchange coverage or non-owned trailer coverage,” said Patti Little of Reliance Partners. “For example, when you pick up a load at a Walmart facility, you become responsible for that loaded trailer. Even though you don’t own the trailer itself, the coverage is a way to protect yourself from damages the unit could sustain while under your supervision.”

Commercial drivers will often haul non-owned equipment throughout their trucking tenure. Because of the complexity and limitations of most logistics networks, it’s simply not practical for most transportation providers to own all the resources needed to ship a product throughout the supply chain. Companies instead find it easier to contract their freight to third-party drivers to handle their logistics needs, especially for cross-country shipments.

Trailer interchange agreements provide truckers the ability to pass along a truckload to another transportation company to complete the route rather than have an individual driver travel the entire length of the haul themselves.

Little added that both trailer interchange and non-owned trailer insurance policies are especially essential for smaller carriers that lack their own trailer fleet. It should also be noted that companies often require third-party drivers to have this insurance before entering an interchange agreement.

Trailer interchange insurance protects drivers hauling non-owned trailers as long as they’ve entered a trailer interchange agreement. These policies cover physical damages including traffic collisions, fire damage, vandalism and theft that the non-owned trailer may sustain under the custody of the driver. In addition, coverage is provided even when a trailer sustains damage when separated from the truck itself. For instance, coverage would be extended even if the trailer was vandalized after it was left unhitched and unattended in a parking lot.

Drivers can opt for non-owned trailer coverage as well if they conduct business without written trailer agreements. However, in those cases the trailer must be attached to a power unit when an accident occurs for coverage to be applicable.

“With non-owned trailer coverage, if you leave the trailer in a parking lot and it gets stolen then there is no coverage,” said Caroline Buckner, Reliance Partners’ Director Of Customer Service. “There are a couple of companies that don’t require a trailer to be hitched, but with 95% of our carriers, if it’s not attached to a power unit, coverage won’t be provided.”

Trailer interchange coverage has an average limit of $20,000 to $30,000. Little added that the deductible for physical damage is generally $1,000 to $2,500 per incident. Policies typically run  about $100 to $1,500 a year depending on the agreed-upon limit and deductible as well as driver record(s), location, loss history, and the value of the equipment.

Keep in mind that insurance providers will only pay out the value of the trailer in the event of a total loss, not the policy maximum. Policyholders should be careful not to unnecessarily over-insure a trailer while at the same time avoid under-insuring, too, which could lead to high out-of-pocket costs in the event of loss that extends beyond the scope of the policy.

The main takeaway is that truckers should protect themselves from the liabilities that are embedded with non-owned trailers. Remember that operating without proper coverage is irresponsible and the consequences that come with irreparable trailer damage can be quite costly. Reach out to Reliance Partners for more information on how non-owned trailer coverage and trailer interchange coverage can protect your operation from the liability of these roadway risks.